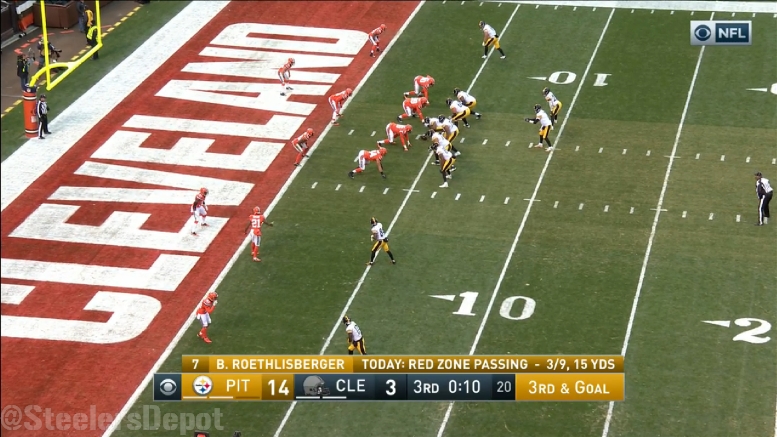 Being able to finish drives in the red zone is a major catalyst for success in the National Football League. But do not go telling that to members of the Pittsburgh Steelers though. The Steelers scratched their way to victory last Sunday in Kansas City despite failing to finish on all four of their red zone opportunities. The Steelers’ red zone performance in Kansas City was just the latest in a long line of poor red zone showings on the road that date as far back as last season.

Adding last post season’s red zone failure in Cincinnati and Denver leaves the Steelers with a 2-for-11 success rate in their last three road post season games. The Steelers regular season offers nothing better as their 37 percent red zone success rate on the road ranks 29th in the NFL.  The most puzzling bit about the Steelers’ red zone offense is just how much it varies from Heinz Field to other venues – in fact the Steelers lead the NFL in the biggest difference between a team’s home and away red zone scoring success. 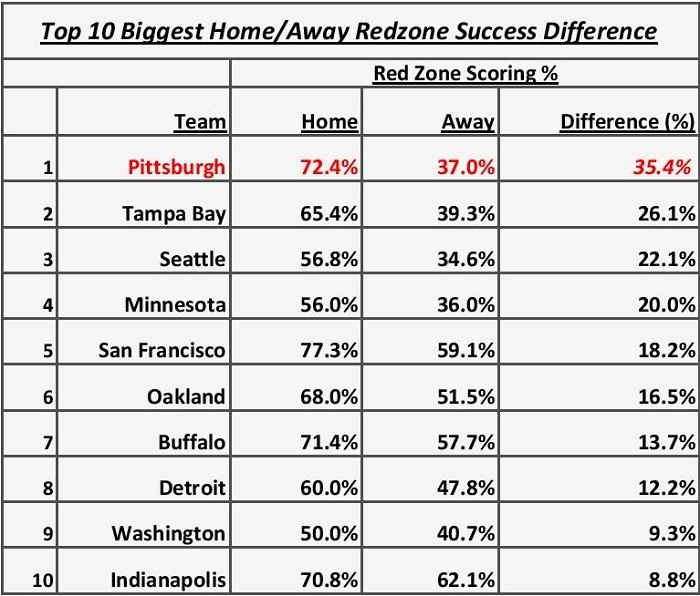 With an enormous 35.4 percent difference between the Steelers’ home and away red zone percentage, you almost have to question if the team is suiting impostors under the offense’s jerseys for road games. Unfortunately, that’s not the case. The Steelers are sending the same highly skilled players out in both scenarios but only getting the results they desire in one scenario.

Finding an answer to how the NFL’s second most successful home red zone offense transforms into the fourth worst road red zone offense is a challenging one. While the suspects of the alteration may linger towards a more conservative approach or execution or something else entirely, the night and day difference of the red zone offense still remains unsolved.

In a week that has seen almost every soundbite become “bulletin board material”, the Steelers could find their answer by writing one item onto their own bulletin board. That item being their road red zone success rate of 37 per cent, in order to serve as a reminder to the offense of what they will have to greatly surpass for any chance of coming out victorious Sunday night in Foxboro.