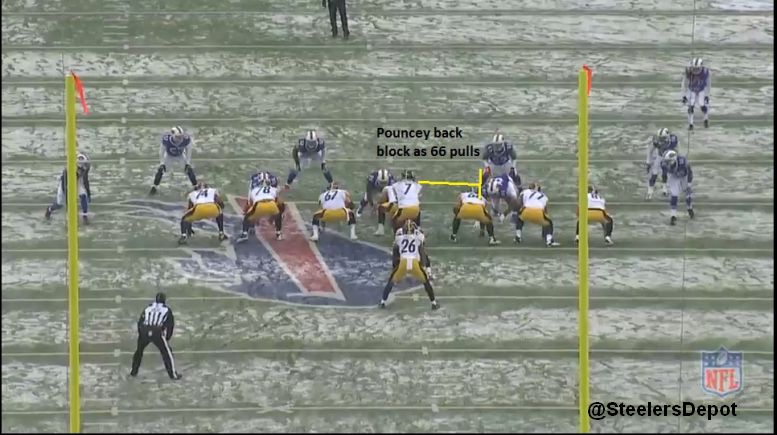 Game notes from the Pittsburgh Steelers’ 27-20 win over the Buffalo Bills. 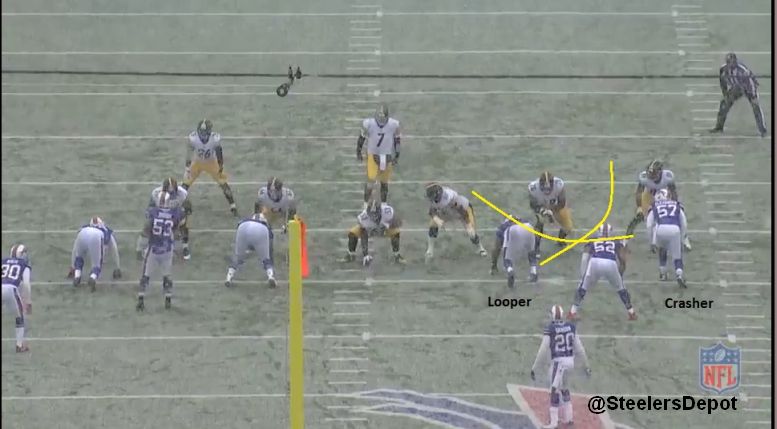 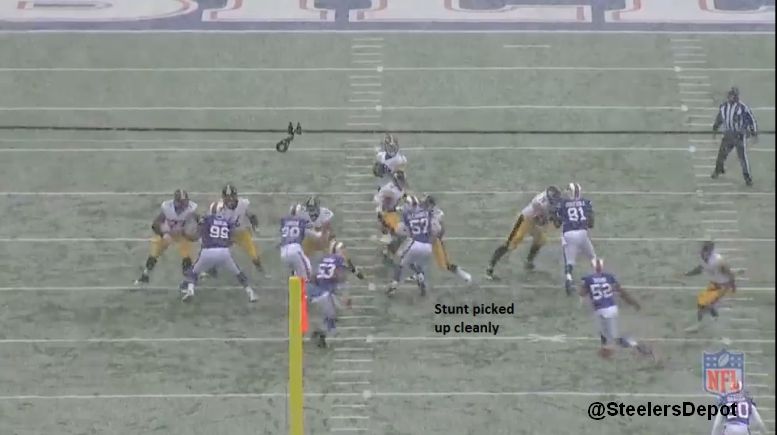 – Le’Veon Bell somehow turned this into a 32 yard gain. Unreal. 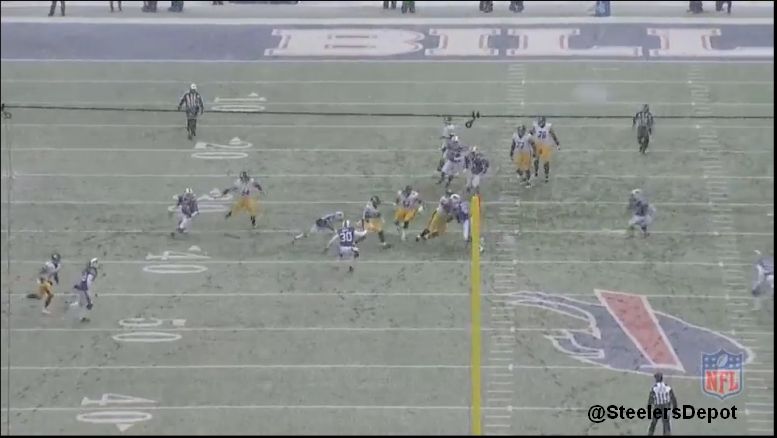 – To his credit, Ben Roethlisberger saved a touchdown after his first INT or at worst, a really long return. Nick Harper’d linebacker Lorenzo Alexander, diving and slowing him up and forcing him inside. Maurkice Pouncey made the tackle. 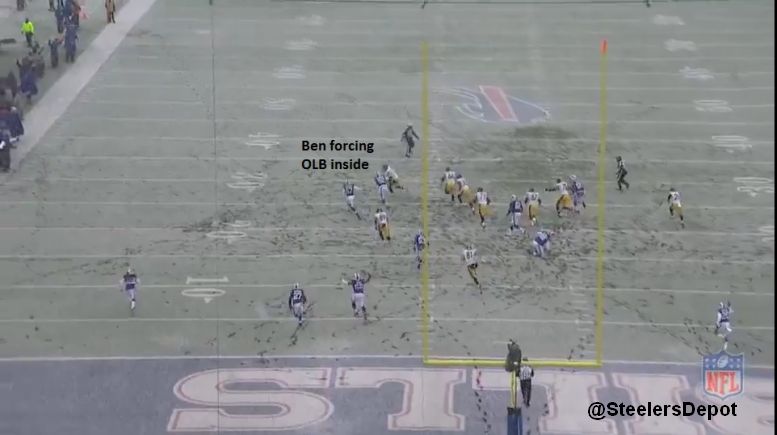 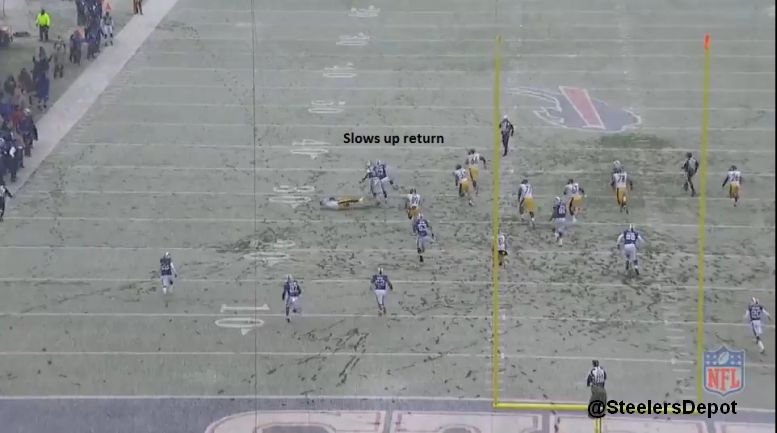 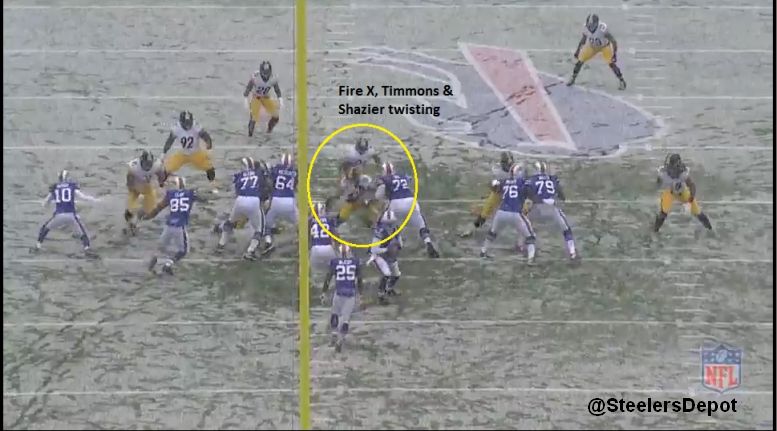 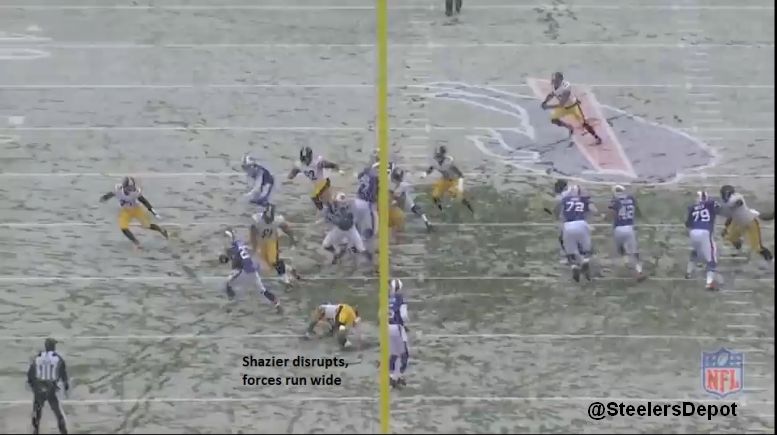 – PR unit. On the line: Dangerfield-Coates-Nix-Shazier-Chickillo-Toussaint-Fort-Matakevich. Justin Gilbert and Artie Burns the jammers. 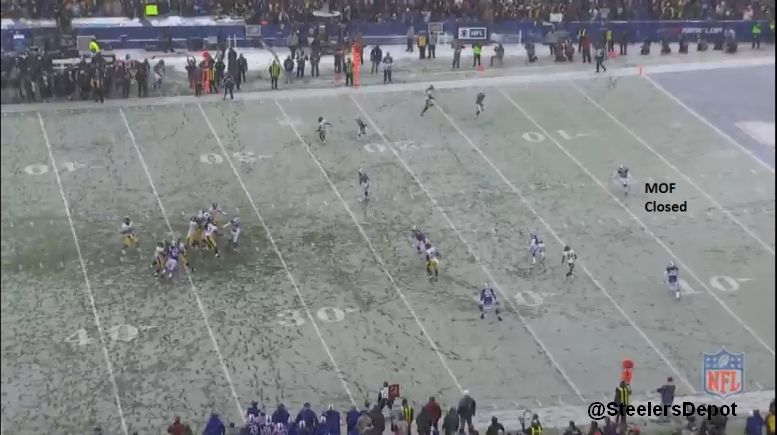 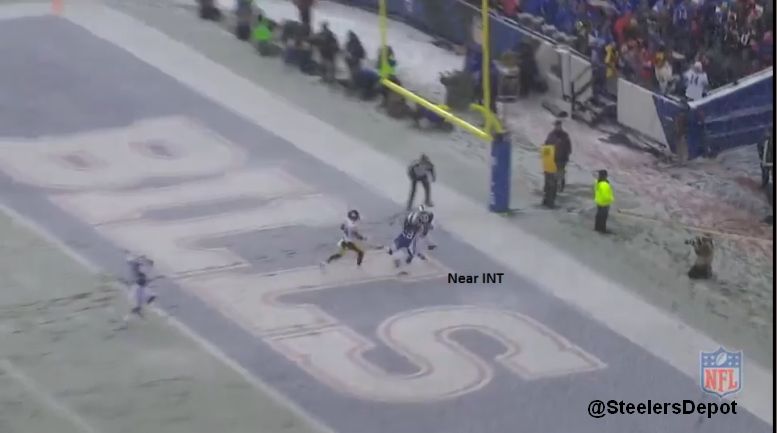 – Todd Haley running one of his staple passing concepts, Indy Z post, out of 12 personnel for I think the first time all year. Element Ladarius Green gives you. 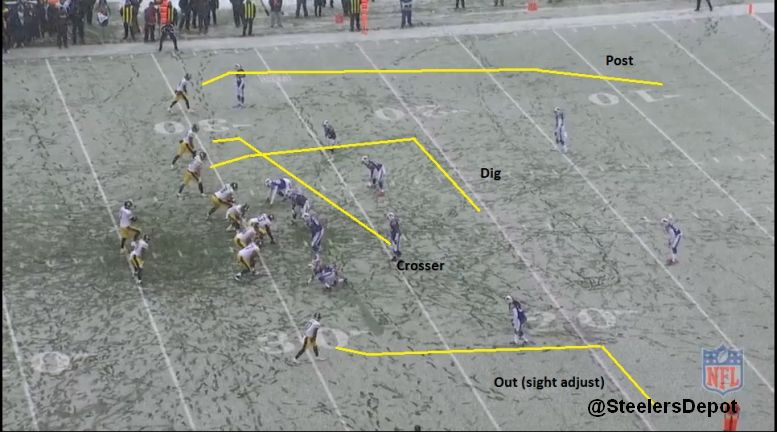 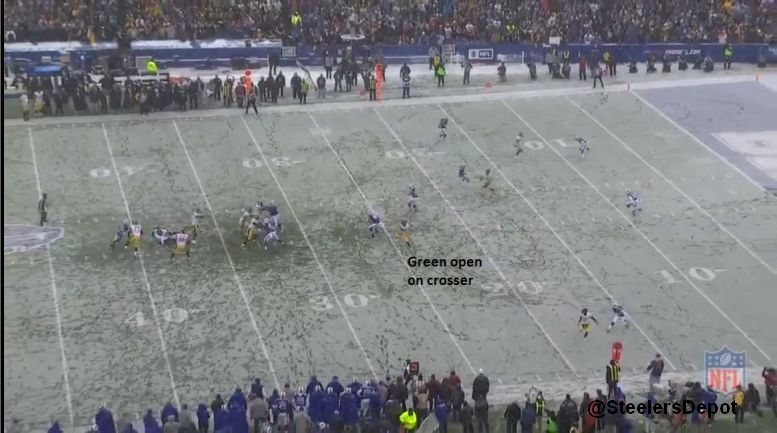 – Feels like the Steelers ask Villanueva to short/jump set and be more aggressive in pass protection than Marcus Gilbert. Because Villanueva isn’t as fluid of an athlete and his strength is his length and strong hands, they want to initiate contact. Gilbert has a more traditional slide of getting depth. 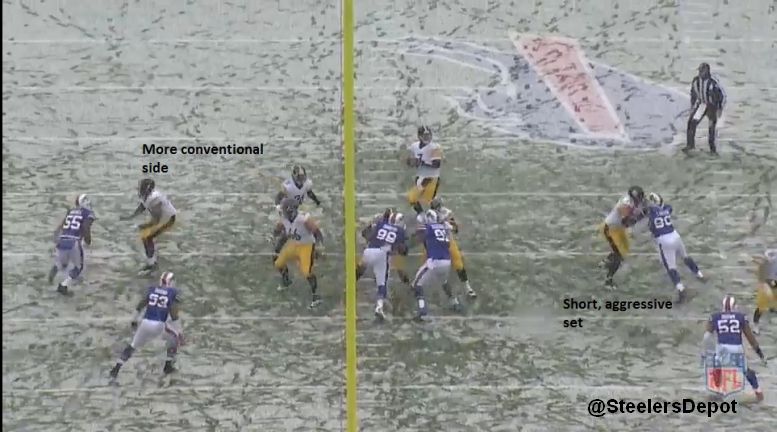 – Ryan Shazier was constantly running behind pullers all game long to knife in the backfield. Racked up a ton of TFLs that way. 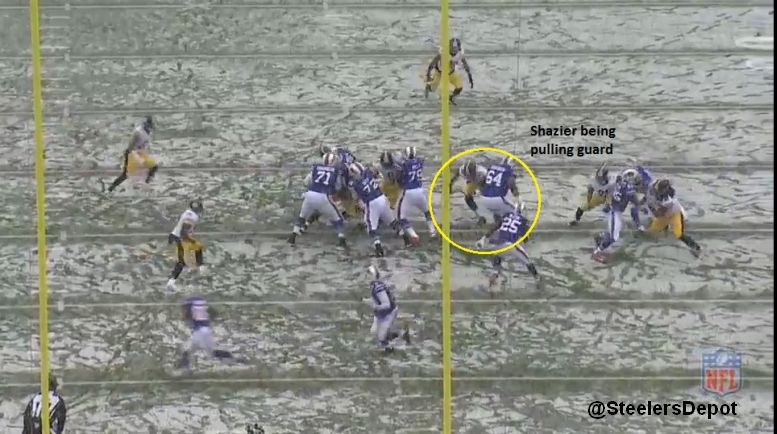 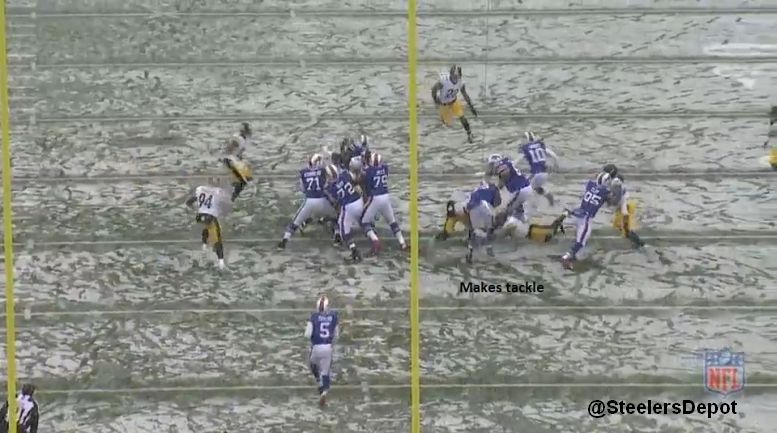 – Spyder 2 Y Banana! Ben checked out of the run once the 3 tech slide into the A gap. Good call. 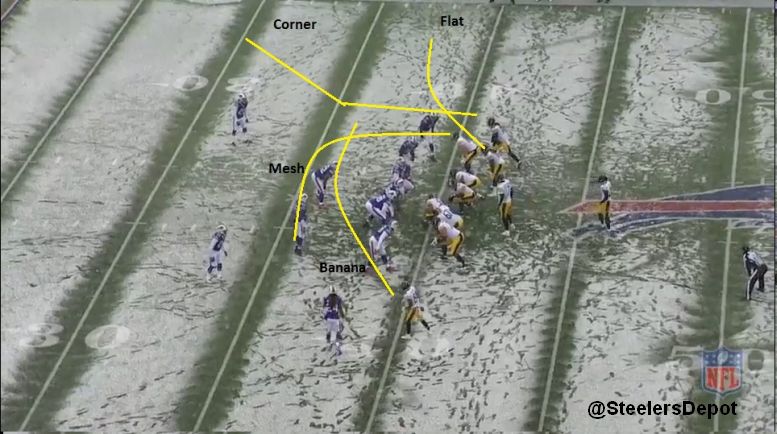 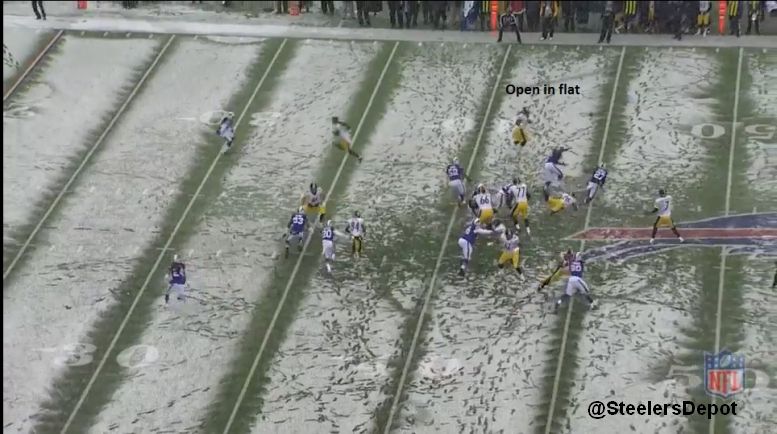 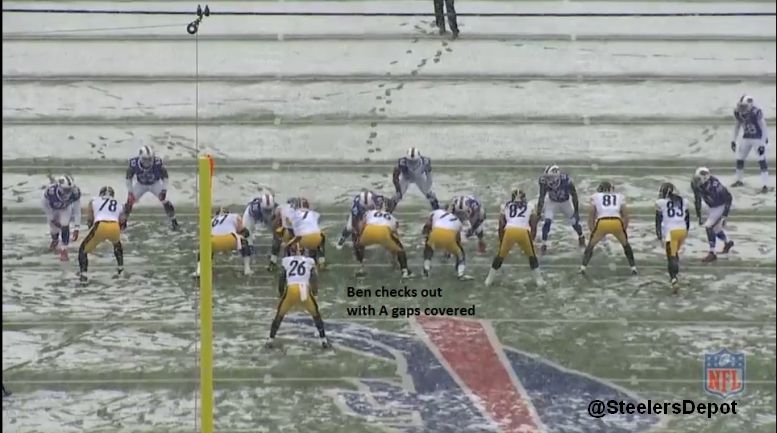 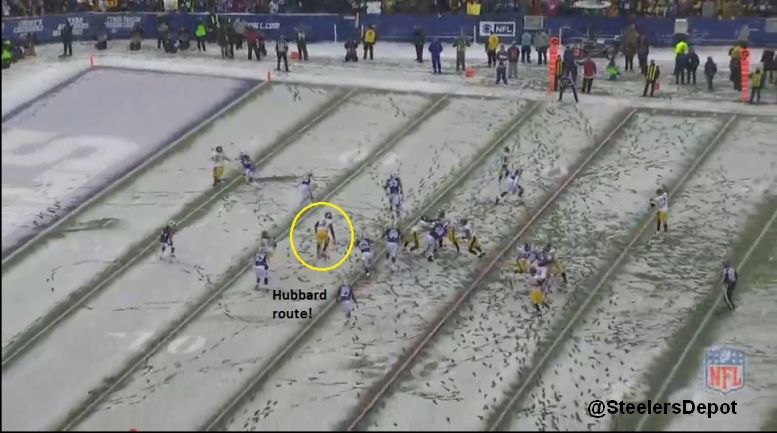 – Bell with the vision to bend this run back. Designed as a lead strong behind Nix but Bell saw the hole in the backside B gap and hit it. 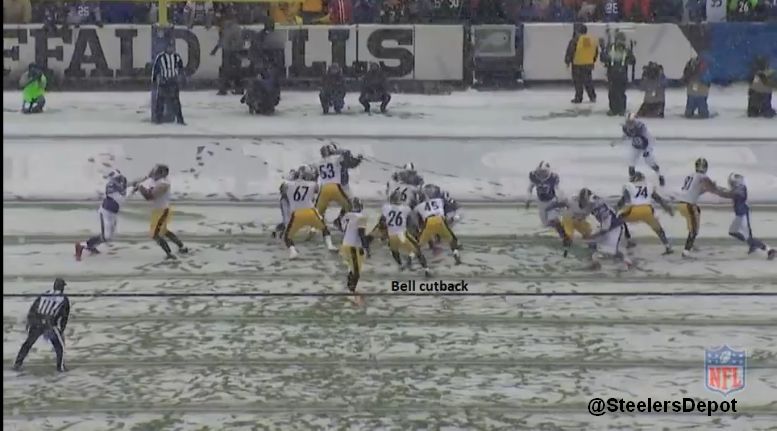 – Nice down block/crack by Cobi Hamilton, Finney with the kickout. Hamilton is the team’s best blocking WR right now. 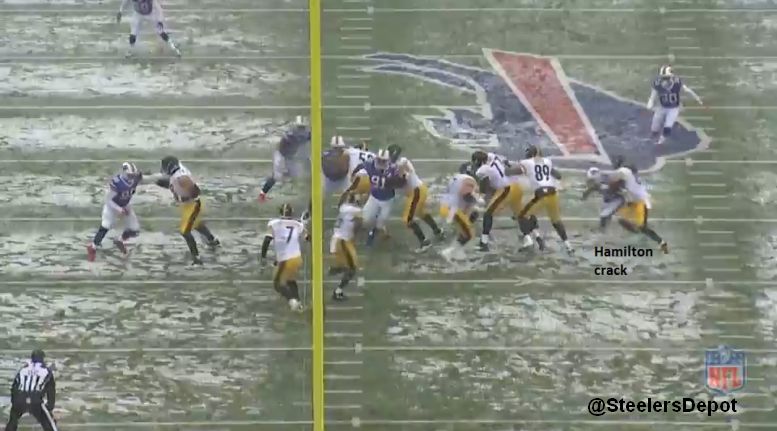 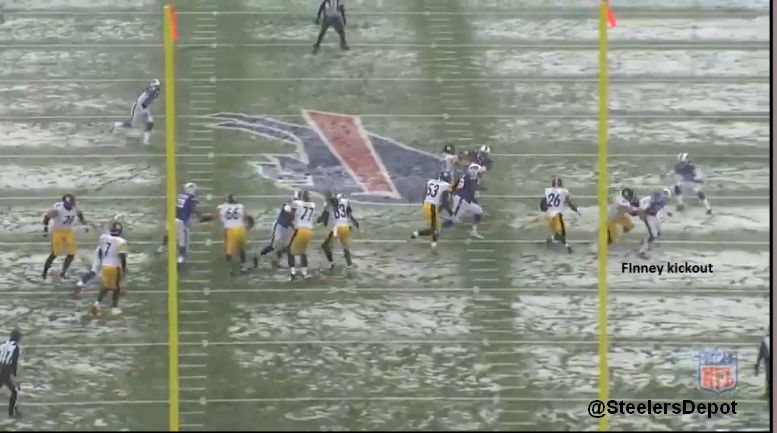 – End of half. Shazier guessing a bit. Shot the backside gap when he probably had frontside responsibility and the back was in the clear for a 20+ yard gain. 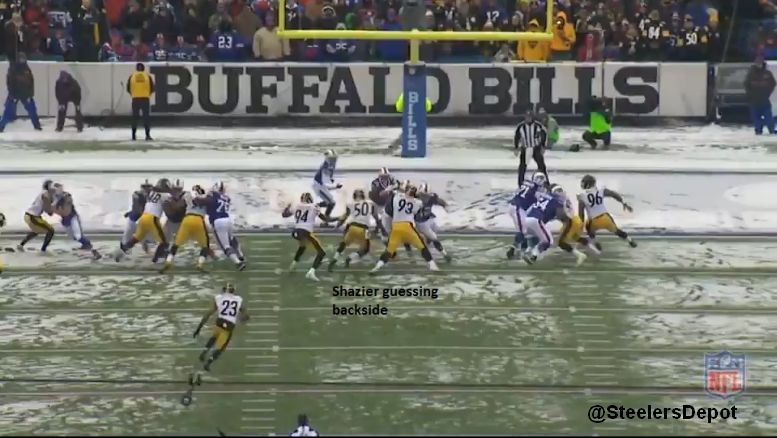 – Jesse James has been an improved blocker with his technique. Frontside down block on this gap scheme and does a good job of setting his hips to seal the EMOL, not allowing penetration to blow the run up. 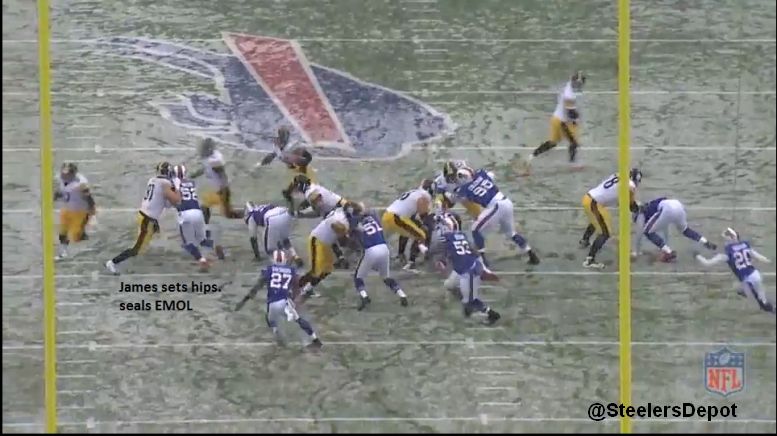 – Big Be knew this was going for six. 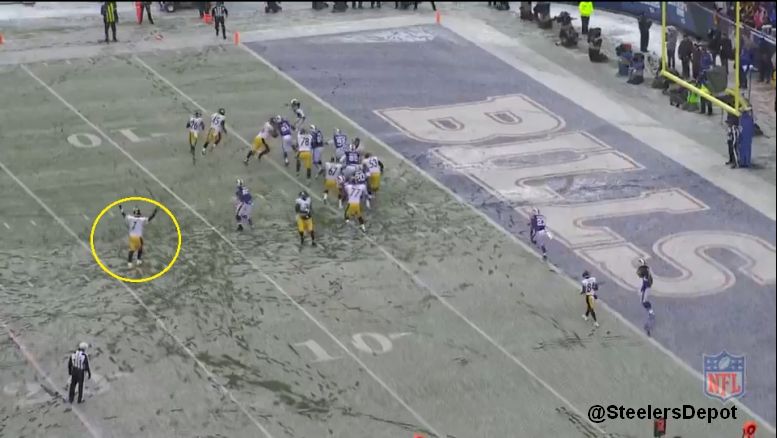 – Really tough block by Maurkice Pouncey to back block the 3T on this gap scheme. And he does a really good job of it. Lot of athleticism required to move so quickly. 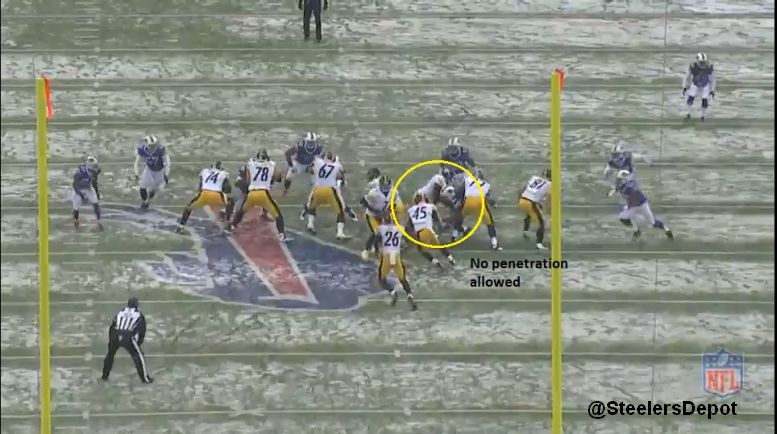 – Sean Davis went for the killshot on Charles Clay’s touchdown. Should’ve just looked to wrap up instead of leading with his shoulder. 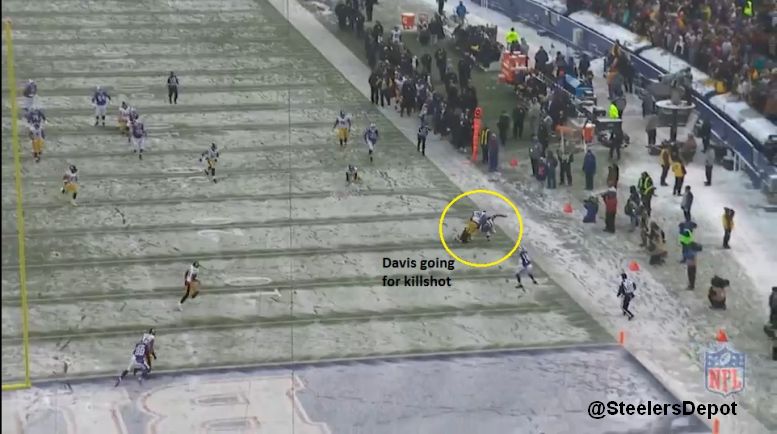