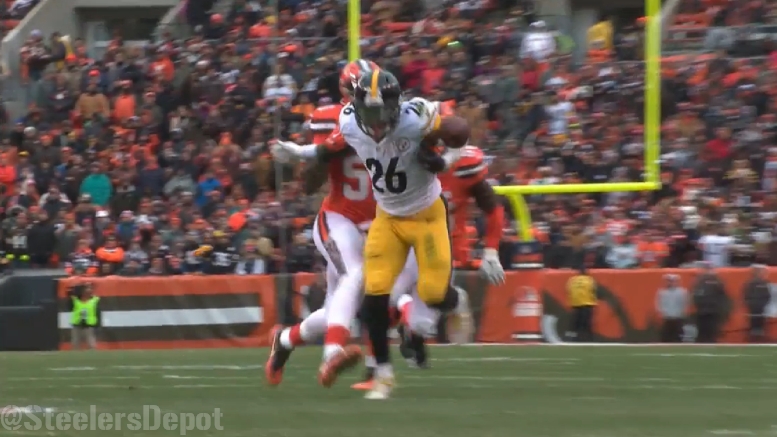 In a league where most running backs are a dime a dozen with inconsistent career spans, the Pittsburgh Steelers have a rarity in Le’Veon Bell. Bell can do it all out of the backfield and out wide and the Steelers have not been shy to try to maximize his efforts this season. Just in the last three games alone Bell has rushed 80 times while adding another 18 receptions giving him 98 touches total.  While much is made over Bell’s usage, how does it hold against the other running backs in Steelers history?

In his first four seasons, Bell has accumulated 827 rushing attempts, good for 12th all as a Steeler. While this number would have definitely been higher if not for injuries and suspension, it can still be a judge of Bell’s usage in the offense compared to other backs. Compiled in the list below is the total carries of the Steelers all-time leading rushers and their average attempts per game. 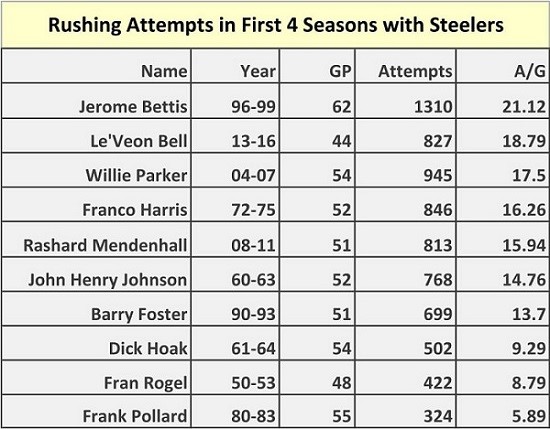 Taking a look at the chart, Bell’s 18.79 rushing attempts per game trails only that of the poster boy of the Steelers ‘Smash Mouth Football’ era, Jerome Bettis. Bell only trails Bettis by roughly 2.5 attempts per game which is remarkable considering the differences between the two offenses the backs were featured in. While Bell may fall second in this category, this is still only one half of the whole picture.

Since coming into the NFL, Bell has totaled 215 receptions, now pushing his total touches to 1042 in his first four years as a Steeler. This is where Bell pulls ahead of the pack as compare his total touches in the offense to the Steelers’ great running backs now. 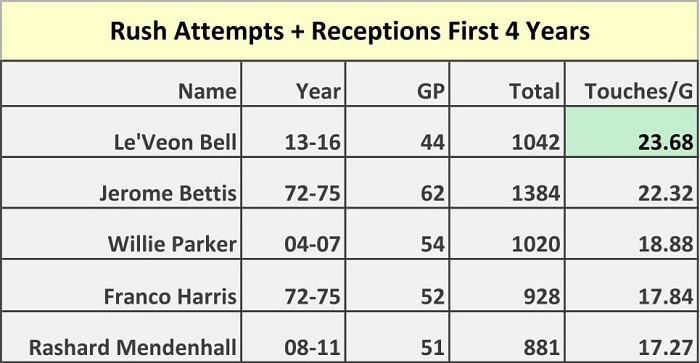 Bell’s 23.68 total touches per game now pushes him ahead of Bettis for the most usage for a back in the first 4 years of their career with the black and gold. What is incredible is that Bell is averaging about five receptions per game while the other backs on this list only averaged about one per game.

For a clearer picture and perspective, this is how Bell’s workload and novelty can be summed up. In a different era where the game has transitioned to a passing league, Bell has still managed to have the 2nd most rushing attempts per game out of any Steeler back. It is in this passing league that Bell has become so important as Bell is currently outproducing every Steelers’ back as a pass catcher with five times greater production.

While the eras of football may have changed between the times of the Steelers backs throughout history, the Steelers have found a perfect match with Bell. With Bell being the perfect back for the current era, the Steelers are maximizing all the production they can from their favorite toy.