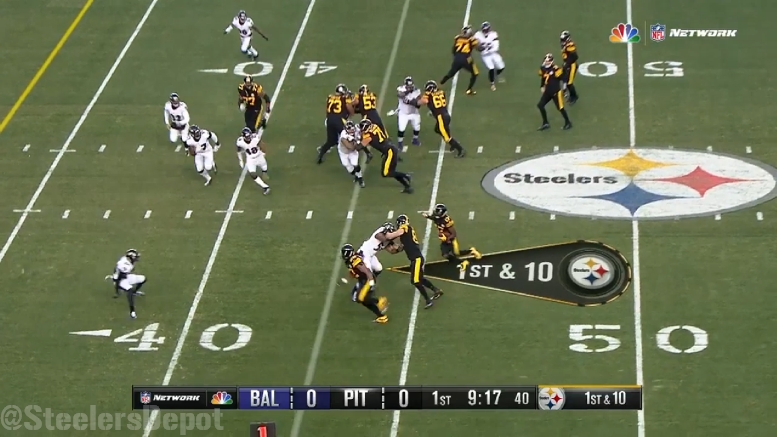 Question: Are the Steelers looking to bring the wide receiver end-around back into the offense?

I couldn’t help but notice, during the preseason, and  even early into the regular season, that the Steelers were making greater than normal use of the wide receiver group in their running game, employing them to handle reverses and end-arounds. This was something that we saw from wide receiver Sammie Coates, but also Eli Rogers and Demarcus Ayers.

It was actually relatively prominent even in the regular season, with Antonio Brown participating in the mix as well. Coates had two carries within the first four games of the season. After he got injured, Brown carried the ball three times in a four-game span in the middle of the season, and Darrius Heyward-Bey, of course, had a 60-yard run in Week Six.

After that, however, it kind of disappeared for a while, until last week against the Bengals. Coates finally made his return to the offense and got three touches, two of which were on end-arounds. The first actually went for 15 yards, though the second was blown up for a loss.

On Sunday, Rogers got his first touch on a running play this season after showing improvement in gaining yards after the catch with the ball in his hands. He made a nice cut to get north for a positive six-yard run against the Ravens.

But it wasn’t just one run. While it’s not something that I have been charting—though perhaps we will start tracking it next year—it would seem to me based on impressions that the Steelers have been increasingly putting players in motion to create the window dressing of a possible end-around, with Rogers and Ayers both doing this in the past game.

So I wonder, are the Steelers looking to dust off this element of their game as they head into the postseason, and if so, are they gearing up to actually make relatively liberal use of it? Are they just putting more looks on tape for opposing defenses to watch for? Is there no rhyme or reason behind it at all?