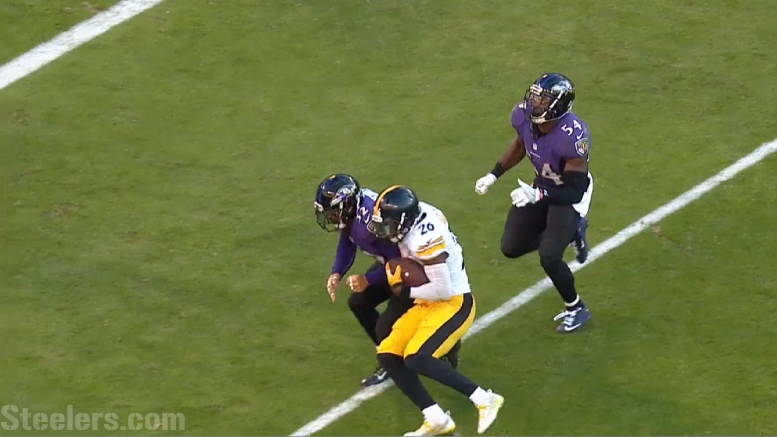 Pittsburgh Steelers running back Le’Veon Bell has been at times called one of the most complete backs in the NFL. With his elite running skills combined with receiver-like hands and quickness, it is easy to see why. Now six games into his 2016 campaign, Bell has been having a storybook season for a number of reasons.

There are two sides to every story, one side may state that Bell is not having the rushing season he is accustomed to as his 4.3 yards per attempt and 72.2 rushing yards per game are his lowest since his rookie season. The other, more telling side of the story, tells of how valuable Bell has been as a receiver to a receiving core that has affected by injuries, inconsistency and suspension. Bell has been a ball magnet for quarterback Ben Roethlisberger, as his 45 receptions lead all running backs. Considering that Bell has done this in just six games means the running back is on pace for a historic season as a pass catcher. 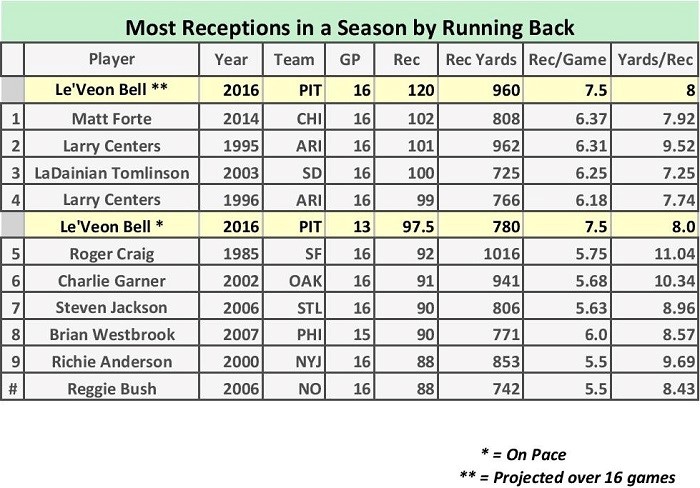