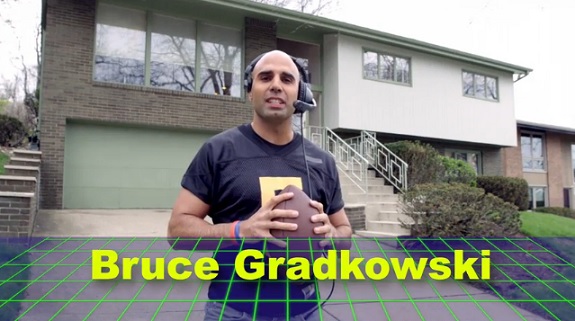 Minor roster move but one worth updating. The Pittsburgh Steelers have released Bruce Gradkowski from injured reserve today.

Source: #Steelers have released QB Bruce Gradkowski. He was on the injured reserve list. Now a free-agent.

Gradkowski suffered a hamstring injury in the preseason against the Detroit Lions at the end of a scramble. He was placed on injured reserve two weeks later when the team claimed Zach Mettenberger off waivers.

As Kleiman points out in this tweet, he is now a free agent. At this point in his career, age 33 and oft-injured, it’s hard to imagine him ever playing again in the NFL.

Assuming this is the end of at least his Steelers’ career, Gradkowski ends it with three attempts, all in the postseason Wild Card loss to the Baltimore Ravens. He never attempted a regular season pass.

Over his career, Gradkowski attempted 709 regular season passes, throwing 21 touchdowns, and 24 interceptions. His best season came in 2009 with the Oakland Raiders where he went 2-2 as a starter, including a 27-24 win over the Pittsburgh Steelers in Pittsburgh.

Gradkowski is a Pittsburgh product, growing up in Western Pennsylvania before attending Toledo in college.