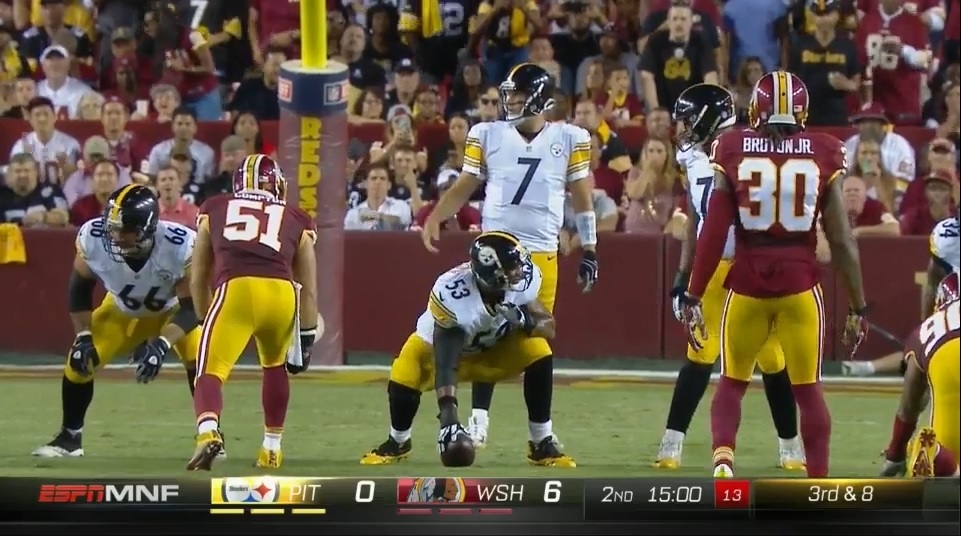 The Steelers are on pace for 432 points this season, four behind their franchise record of 436. It’s still shy of their 30 points per game, their average for those who don’t want to do the math is 27, but would be one of the best marks in the league.

They scored 38 against Washington. 43 against Kansas City. It’s the first time the Steelers have ever had 35+ points in two of their first four games, according to Pro Football Reference. And they did it once last year, too.

Ben Roethlisberger is on pace for nearly 4500 yards which would be the second most in his career. Even more impressive is his 44 touchdown projection, again, despite being shut out against the Philadelphia Eagles, a number that would blow away his previous high of 32.

44 would tie him for 7th all-time in a single season and behind only five different names: Peyton Manning, Tom Brady, Dan Marino, Aaron Rodgers, and Drew Brees. He’s a fine wine, only getting better with age.

Antonio Brown may not get the league mark in receptions or yards but he’s on pace to have his best year finding the end zone, projected to haul in 16 touchdowns in 2016. That’d be three more than his previous high.

And Sammie Coates is averaging 21.7 yards per catch, fourth in the league. That’s higher than what Martavis Bryant did last year.

Sure, it’s a lot of fluff and far from the actual goal – winning a Lombardi. But the fact the Steelers have somehow found another gear in this offense, especially given the injuries and suspensions to deal with, might be the most impressive thing they’ve accomplished at this quarter mark.