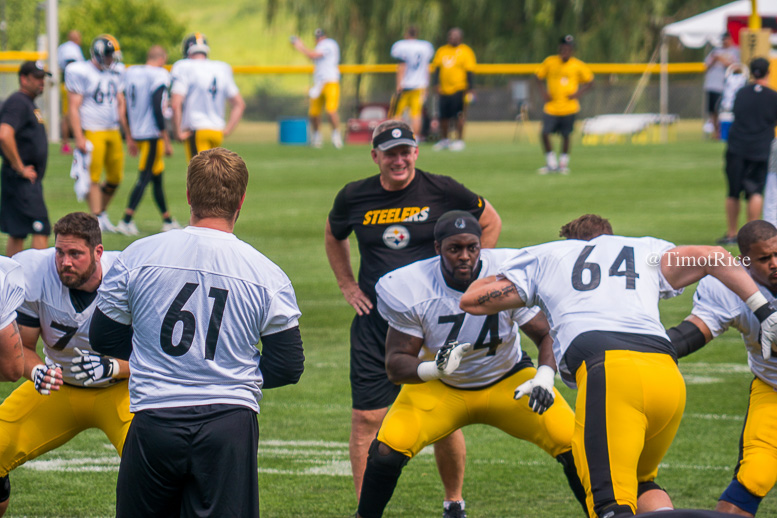 The past two weeks have presented some unique challenges for the Pittsburgh Steelers. For starters, they had to take on the Kansas City Chiefs, a team that has been the Achilles heel for Tomlin’s Steelers, and also the New York Jets, a capable offense with a stout front four on defense.

To add to the pressure, however, was the list of injuries to starters the group had to endure.

Offensively, they were without left guard Ramon Foster in week 4, thrusting B.J. Finney into the starting job. Yesterday, Chris Hubbard made his first start in place of injured right tackle Marcus Gilbert. Defensively, the Steelers lost safety Robert Golden and linebacker Ryan Shazier, not to mention they have been without outside linebacker Bud Dupree the entire year.

We hear the mantra ‘next man up’ seemingly every year, and it’s evidently important as injuries are always a part of the game. The Steelers have had to adjust early, and they’ve done just that.

These backups have not only appeared to not be a weakness on the team, but some have made significant impacts in games, none more notably in my opinion than Vince Williams. Williams stepped in for Shazier last week against Kansas City, and again versus the Jets, and in both games he led the team in tackles. He got after the ball carrier, stayed in his gaps, and played pretty solid in coverage as well. Williams finished the Chiefs game with 15 total tackles and one sack. Against the Jets he recorded 9 total tackles and one sack as well. That’s very solid production from your backup linebacker if you ask me.

It wasn’t just Williams, though. Jordan Dangerfield made five and four tackles respectively, while playing sound coverage on the back end. Sure, he didn’t make huge plays that turned the game around, but he wasn’t a glaring weakness in the secondary either, and he made some nice plays along the line of scrimmage.

Some players, while not noticeably shining on the field, have not become a liability which can’t be said for many backups throughout the league. The combination of Arthur Moats and Anthony Chickillo have worked out just fine from the outside linebacker positions. Moats was only in on two tackles against the Chiefs, but held his own for the most part.

This week against the Jets, the two linebackers made more of an impact. Moats recorded a half sack, while Chickillo pulled off a sack-fumble on Ryan Fitzpatrick. That play set the tone on first down, and three plays later the Jets would have to settle for a field goal.

Defensive end Cameron Heyward also went down in the game and would not return. But Ricardo Mathews stepped in and played quite well, only recording one tackle, but putting a good amount of pressure on Fitzpatrick, forcing incompletions.

Finney and Hubbard did a commendable job on the offensive side as well. Finney helped lead the way for Le’Veon Bell’s 144 yard performance against the Chiefs. Matthew Marczi has a nice breakdown of Finney’s performance here. And Hubbard was the highest rated Steelers offensive lineman yesterday per pro-football-focus. Dave Bryan has that breakdown here. Hubbard made an impact throughout the game, facing off against one of the best defensive lines in the league.

Though the line was only able to get Bell in space for 66 yards rushing, they kept Ben Roethlisberger clean, and that’s even more important.

It’s unclear how long many of these injuries will remain, but it’s apparent at least for now that the backups are capable of not only filling in the role, but also creating some big plays themselves.