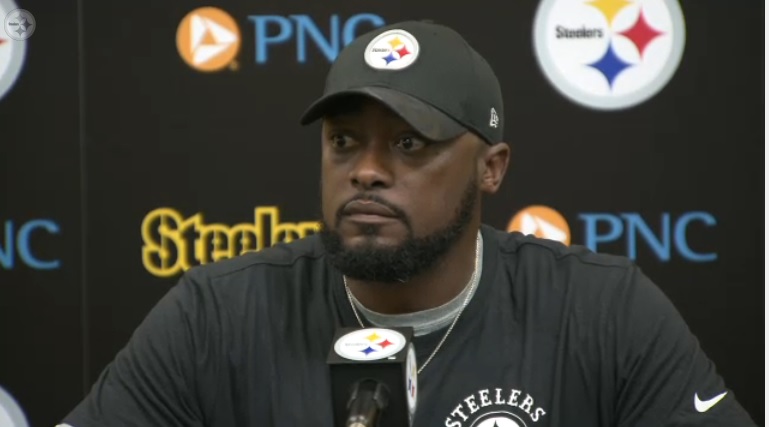 It certainly shouldn’t be the main takeaway from Sunday’s loss, or even the tenth, but by the end of the game, Steelers’ fans were left wondering why Ben Roethlisberger, Antonio Brown, and company were still on the field.

Mike Tomlin was asked about that decision during his weekly press conference.

“It’s always a couple schools of thought and ways you can go there. I’ve always been one to be slow to acknowledge defeat and the acceptance of defeat. I take responsibility for those guys remaining in the game and I always do or will. It’s just something that we do. We play and we play to win.”

I’m not sure if that answer will placate the angry fans upset in seeing the stars remaining in the game, one that was clearly over by the end of the game when even Tomlin had to have accepted the loss. But his response isn’t surprising given his aggressive, never-say-die attitude.

To that point, Tomlin did recognize the potential for injuries.

“We understand injuries are apart of football but we don’t let that fear be our guide in decision making and that’s generally our approach across the board regardless of what subject or circumstance you’re talking about.”

Hindsight wouldn’t excuse the decision but the Steelers were able to walk away with all their key names healthy, which is good, considering the shopping list of other names on the injury report.

It was his “don’t live in your fears” mentality as his guide for keeping everyone in and in the case of Roethlisberger, I can’t help but wonder if a less-than-healthy, not-many-reps Landry Jones was an additional reason for playing #7 the whole way through. Jones suffered a mid-week back injury, missing Thursday’s practice though to be fair, was back fully on Friday.

The fact that no one key was hurt in “garbage time” again does not provide Tomlin with an escape hatch if you disagree with the decision but it certainly takes away the magnifying glass that would’ve been put on him if someone had.