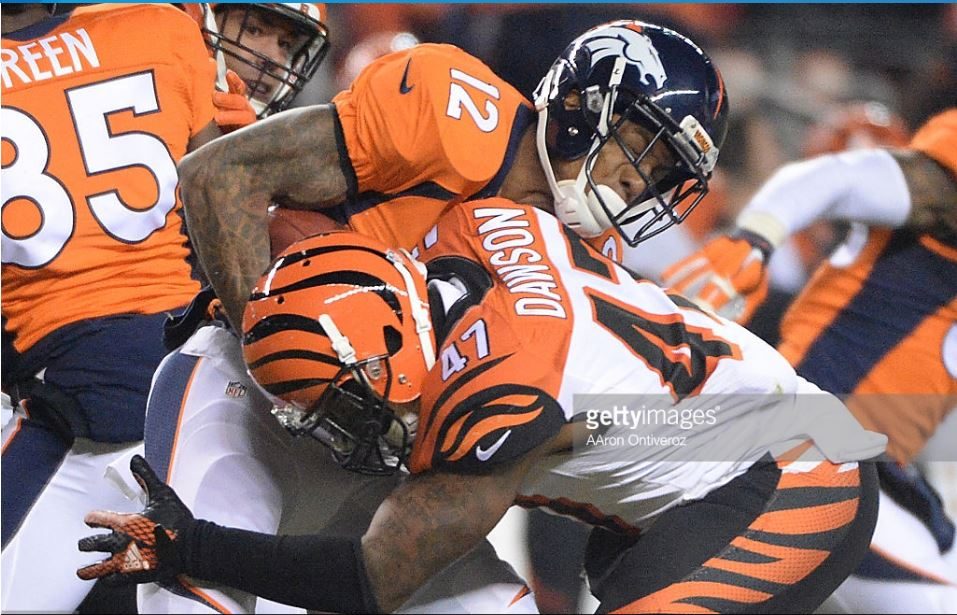 Over the course of the past five years or so, the Cincinnati Bengals have drastically revamped their reputation and have become regarded as one of the best drafting teams in the league, having a roster composed over 80 percent of their own home-grown talent, one of the three highest ratios of all the teams in the league.

The Bengals have gone to the players for several years straight now, though they have yet to get over the hurdle of winning that first game, even if it might feel imminent for the near future. Much of that success is directly tied to their successful drafting in recent years.

Yet one of those less than successful choices would appear to be second-year linebacker P.J. Dawson, whom the Bengals drafted in the third round of the 2015 NFL Draft. He was released during the final wave of cuts on a depth chart that consists in total of only six linebackers.

The majority assumption was that Dawson’s spot would be safe as the fifth linebacker, and the final position would be decided between Marquis Flowers, a former sixth-round pick who was on injured reserve last year, and Trevor Roach, a second-year UDFA special teamer.

According to reports, however, both outplayed Dawson during the preseason, who was a healthy scratch for the team’s third preseason game, which evidently should have been a sign of how things developed. But Roach’s 11-tackle finale certainly helped him line up that last roster spot.

To make this clear, Dawson was not only released, he went unclaimed off waivers. And now the Bengals, who left a spot open on their practice squad, did not sign him. He reportedly has a tryout scheduled with the Buccaneers, and Marvin Lewis seemed evasive when asked about bringing him back.

There have evidently been reports that the second-year player has been known to miss meetings, and has an attitude that strains the relationship between himself and the coaching staff. It was even said that he had an off-camera physical altercation with a teammate during the preseason finale.

With questions about his work ethic being at the forefront of the concerns, the Bengals drafted an inside linebacker in Nick Vigil in the third round who certainly needs to motivation to come to work and to play the game of football. He could have an opportunity to earn a role during his rookie season on the defensive side of the ball.

As for Dawson, a surprise cut that in hindsight was not so surprising at all, he was certainly a notable miss for the usually sound drafting of the Bengals in recent years. He is the first pick in the third round not to make the roster in his second season since 2011, though even that player was added to the practice squad.

Update: Following a tryout with Tampa Bay, the Bengals today signed Dawson to their practice squad. Perhaps Dawson was unwilling to sign initially, hoping instead to win a spot on a 53-man roster first, and failing that, now agreed to sign.