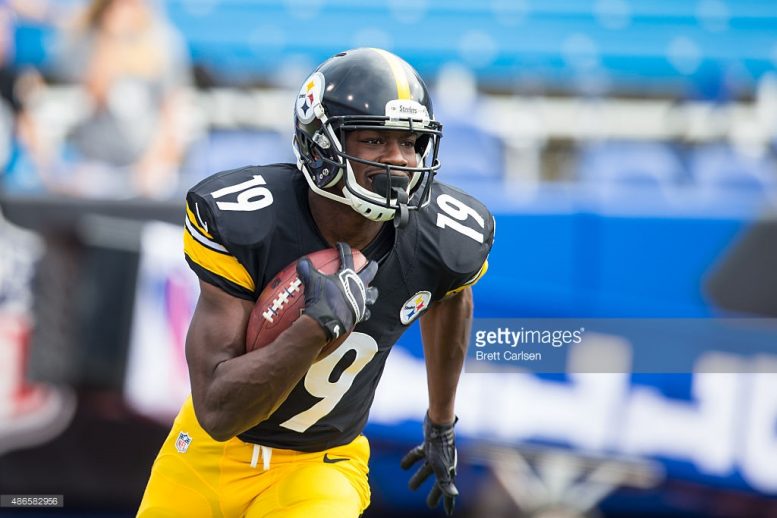 The Pittsburgh Steelers will hold training camp practice No. 7 Friday night at Latrobe Memorial High School and already the team has more than half that number of players on their Reserve/Injured list.

After being waived inured on Wednesday, wide receiver Shakim Phillips (hernia) and tight end Mandel Dixon (head) predictably cleared waivers on Thursday and both subsequently reverted to the teams Reserve/Injured list where they joined linebacker Kevin Anderson, center Quinton Schooley and running back Brandon Johnson. It’s worth pointing out, however, that all five players had signed split contracts with the team. Additionally, all but Anderson are still eligible to be waived again with injury settlements being as a five days haven’t passed since each were waived injured.

On Wednesday it was announced that second-year cornerback Senquez Golson suffered a Lisfranc injury during the team’s Monday practice and as a result surgery could be forthcoming. While the team will more than likely wind up placing Golson on their Reserve/Injured list, they’ll have to wait until after their third preseason game to do so unless they are willing to expose to him to waivers prior to that.

If Golson were a vested veteran, he could be moved to Reserve/Injured right now without having to be exposed to waivers. Such was the case on Thursday with former Steelers cornerback Brandon Boykin as the Chicago Bears placed him on their Reserve/Injured list due to him suffering a pectoral injury.