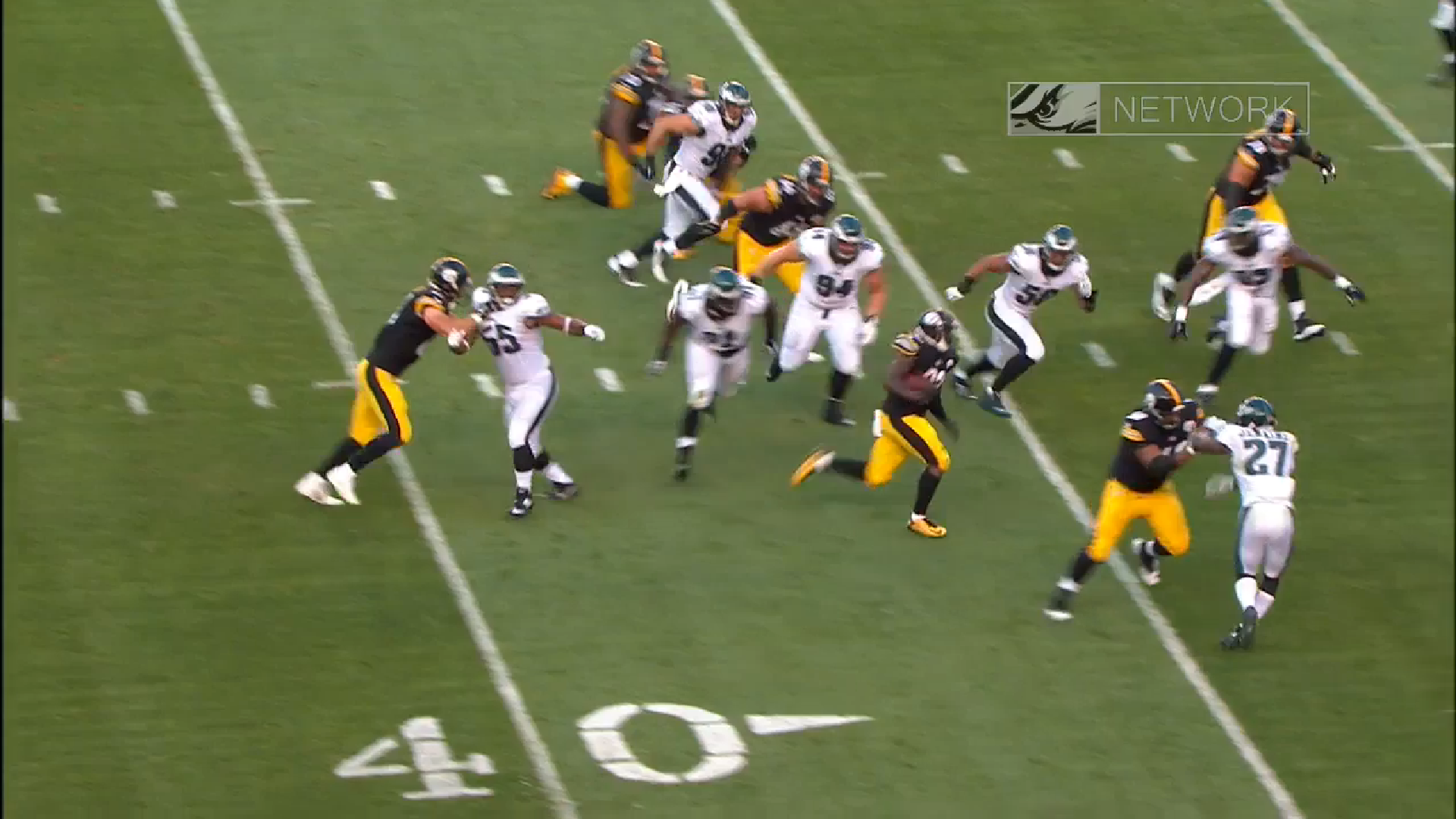 The Pittsburgh Steelers brought in veteran free agent tackle Ryan Harris to compete for a starting job, but at this point, it certainly doesn’t look as though anything will come of that. Though Alejandro Villanueva has not demonstrated himself to be a future Pro Bowler through the first two preseason games, Harris has underwhelmed as well.

It should also be telling that when a fill-in was needed at right tackle, he was moved there rather than Villanueva. While the two tackles have rotated working with the starters in practice, I fully expect that the latter will work with the starting lineup against the Saints, and that that is a precursor for their regular-season intentions.

Still, that is not to say that he is a poor player, or that he has little value as a backup, which is the role that he will serve this year. Not that the mid-first-quarter deep shot to Sammie Coates is an example, as Harris allowed the defensive end to get inside him, the protection holding only because David DeCastro slid down to help pick him up.

His work in the run game was more favorable, however, including later on that drive, executing a quality cut block to help build for a short gain. He also was able to get out in front of a couple of decent runs, this one producing an 11-yard gain, though his task was only to edge out a defensive back. He also got out in front of the linebacker a couple of times.

Still later on that same drive, he recovered nicely as the left end tried to dip under him and speed around the corner. Harris mirrored effectively, though not fundamentally sound, with his footwork, and kept his upper body engaged with the rusher until the quarterback stepped up in the pocket, the end finishing the play on the ground.

Of course, he also got his quarterback hit a couple of times during the game, as on a first-and-10 play midway through the second quarter to begin a drive. Though going the opposite direction, it looked much the same as the previous play, only this time the rip move worked and the end easily cleared the right tackle, joining a fellow defender at the quarterback.

Still, there was more positive than negative in his game overall, though that mostly came, I think, in the run game. On one run late in the half in which the Steelers ran a pin-and-pull block with the guard and center, Harris provided the end seal to allow the back space for a seven-yard pickup behind the lead blocks.

A play before the final interception, Harris allowed another, more egregious hit on the quarterback. It is clear that he is not an ideally-gifted starter. But I do think that he does enough, and does it well enough, for the Steelers as one of their top three tackles, emphasizing his even play on both sides of the line.