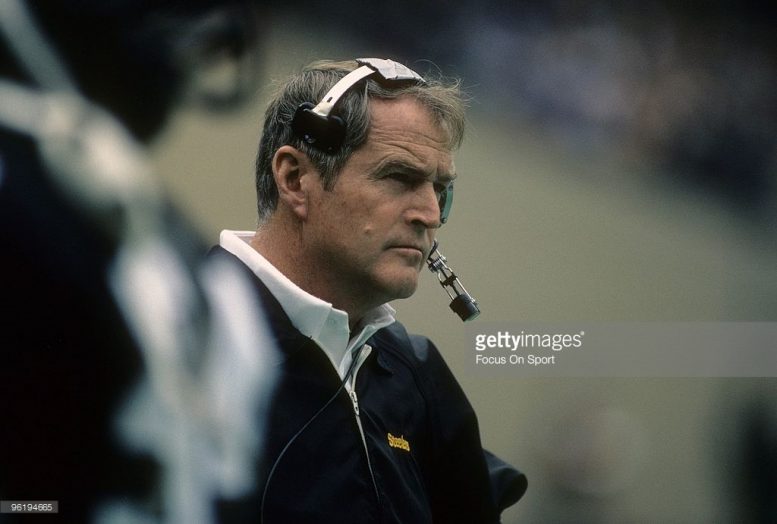 It’s been a long time coming, but Pittsburgh Steelers Hall of Fame head coach Chuck Noll will finally be featured during the sixth season of “A Football Life.”

Per the Wednesday media release, the highly-acclaimed NFL Network series that premieres Friday, September 16 at 9:00 PM ET with a profile of Pro Football Hall of Fame running back Curtis Martin, also has profiles of Noll and former Steelers linebacker Kevin Greene, who was just recently inducted into the Pro Football Hall of Fame, scheduled for this season.

The series will air on the NFL Network throughout the 2016 NFL season with 13 new episodes. Produced by NFL Films, the series continues to examine the iconic individuals and subjects that have had an undeniable and profound impact on the history of the National Football League, offering an inside look into their untold stories.

Among the subjects profiled this season on A Football Life in addition to Curtis Martin are:

On Saturday, September 3, a special preview of the upcoming season will air on CBS at 8:00 PM ET with a profile of newly enshrined Hall of Fame quarterback Brett Favre.

Below is a broadcast schedule for the September and October episodes of A Football Life:

As of right now, no dates have been announced for when the Noll and Greene episodes will air. However, judging by the dates announced above, they figure to debut in either November or December.

Noll, who was the Steelers head coach from 1969-1991, passed away on June 13, 2014 at the age of 82. He lead the Steelers to four Super Bowl championships during his coaching career and was elected to the Pro Football Hall of Fame in 1993.