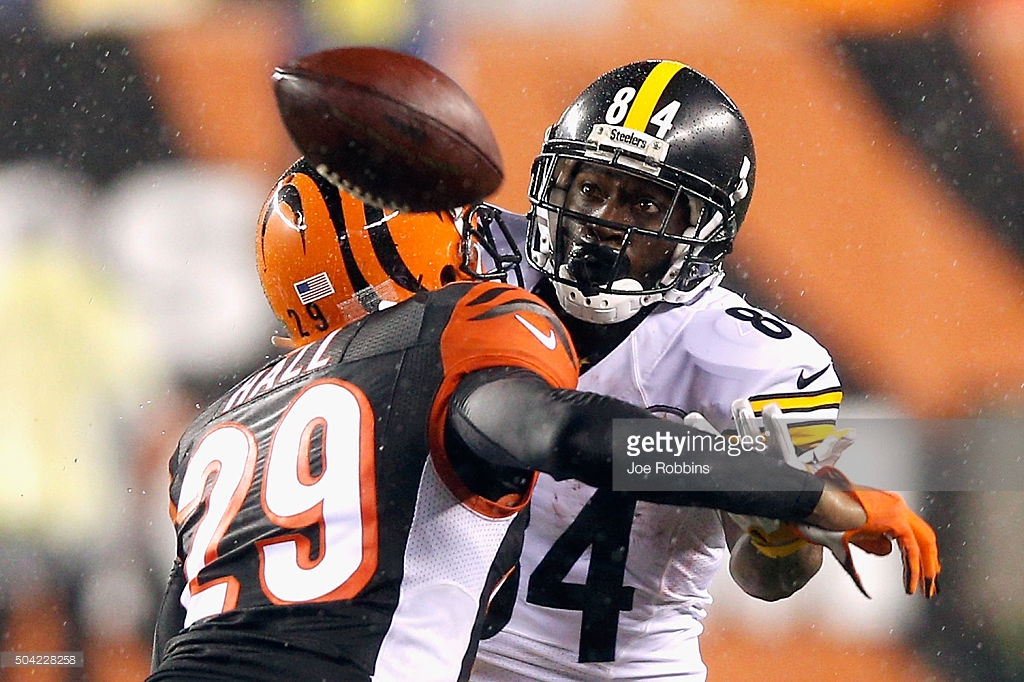 A lot of teams lately, it seems, have dealt with injuries to the cornerback position early in training camp. The AFC North was no stranger to that phenomenon, as the Steelers have seemingly lost second-year cornerback Senquez Golson for the season. The Cincinnati Bengals are also dealing with an injury to William Jackson III, their rookie first-round pick, which may consume his rookie season.

Following the injury to Jackson, the Bengals turned their focus backward, to one of their own. Leon Hall was a former first-round cornerback of their own—Jackson is just the latest of five since the turn of the century, if truth be told—but they were undercut by the Giants, who signed him to a one-year deal worth $2 million.

Hall played his entire career for the Bengals up to this point, and even made a second-team All-Pro list once in a year in which he had six interceptions. He was playing for them as recently as last year, and had a solid season, in spite of the fact that he played the latter part of the season through a back injury that required shots during the year, and surgery afterward.

According to Bengals site writer Geoff Hobson, however, the Bengals were interested in bringing Hall back well before Jackson’s injury. In spite of the fact that they reportedly told him after the draft that they were planning on pushing ahead with their youth at cornerback, including three recent first-rounders, there was a time during the spring where he was apparently almost signed.

In response to an answer to a question in a mailbox segment, Hobson wrote, “even two months before the injuries, the Bengals offered Hall a deal to be in the mix behind [the young cornerbacks]”, adding that “in the middle of OTAs, players and coaches that talked to Hall said it was a done deal and he was coming back to Cincinnati”.

Something clearly changed from then to now, because he never signed, but the Bengals still believed that if it came down to them or another team, Cincinnati would be favored. Hobson believes that the Giants likely promised Hall the opportunity to be the starting slot cornerback in order to put New York over the edge.

Still, the Bengals are not necessarily hurting at the cornerback position without him. Adam Jones and Dre Kirkpatrick are starting, and while Darqueze Dennard is dealing with an injury, he is expected to take over in the slot, where Hall spent most of last season.

Over the course of the past nine seasons, Hall has registered nearly 500 tackles, intercepted 26 passes, recording three touchdowns in doing so, and adding 111 pass deflections to the mix.

He has been a Pro Bowl-caliber cornerback both on the outside and in the slot. He may be getting up there now, and coming off back surgery, which has left many skeptical, but there were clearly at least two teams interested in giving him a chance.