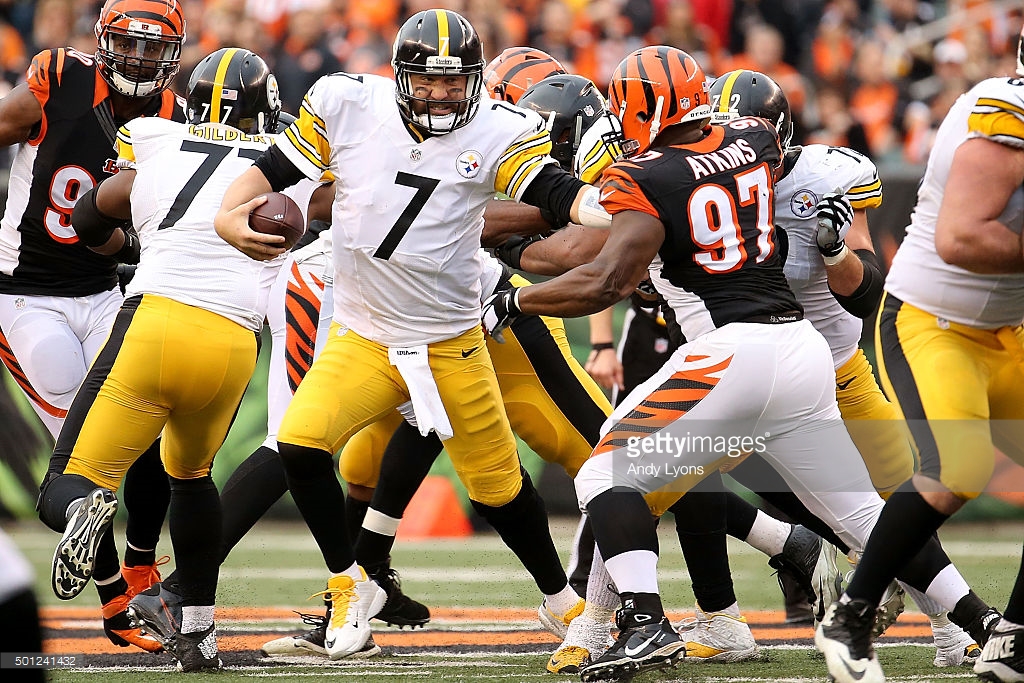 Cincinnati Bengals defensive tackle Geno Atkins was once arguably the best interior lineman in the game—and then he was again last year, showing himself fully healed from a knee injury in 2013 that limited him immensely in the year that followed. He returned to his first-team All-Pro status in 2015.

And now his defensive coordinator, Paul Guenther, thinks that the 28-year-old may be getting even better, a year after posting 42 tackles, 11 sacks and a forced fumble for a Bengals team that won the AFC North. Atkins’ interior pass rush also helped produce big years for his line teammates on the edge as well.

“He’s running to the ball better”, Guenther said of Atkins recently after the team’s first preseason game. “For a guy you think can’t get any better, he has”. The Steelers, of course, are hoping to be ready for him with two first-team All-Pro interior offensive linemen standing opposite him.

Atkins nearly registered a sack on his first play of the season against the Vikings, beating his old Bengals teammate at right tackle now for Minnesota, but quarterback Teddy Bridgewater actually managed to keep him at bay with his outstretched arm and completed a three-yard pass. He followed up that near-sack with an actual sack on the next play.

Guenther said that recently in practice his defensive tackle “had a spin move he never used to have”, hinting toward the fact that the two-time first-team All-Pro is still honing his craft. He virtually repeated himself from earlier in the interview, saying, “just when you think he can’t get any better, he has”, the repetition serving to emphasize the point being made.

Though most of the attention when it comes the interior line play today is now focused on former Pitt product Aaron Donald, who matched his 11 sacks, but also had 69 tackles and a pass defensed, Guenther refuses to believe that his own guy takes a back seat to anybody.

He campaigned for Atkins as the Defensive Player of the Year by midseason in 2015, and said “to me, he’s the best inside rusher in the league”. It’s “not even close”, he added, saying that “he plays the run and rushes well”, though perhaps he is underestimating Donald’s own work against the run.

Whether he is the best interior rusher in the game or the second-best interior rusher is ultimately not a squabble worth pursuing too far, because the Steelers will have to deal with him at least twice a year, if not three times, as has been the case last year, and maybe again in 2016.

Atkins is, in fact, what has become sort of the new model for a 4-3 interior player in today’s NFL. Donald was widely compared to Atkins when he came out of the draft. when Atkins came out, a player like him was viewed as a fourth-round pick. After demonstrating the potential of an undersized player with the quickness that he displays on the interior, Donald was a high first-round pick.