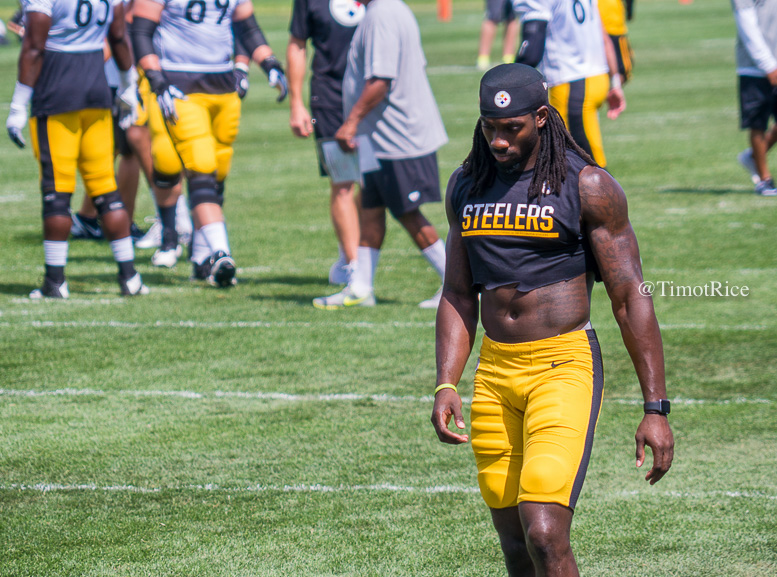 Question: Could Sammie Coates slip ahead of Markus Wheaton in the starting lineup?

If you have been following practice reports over the course of the past few days, you have no doubt read many accounts of effusive praise for the performance of second-year wide receiver Sammie Coates, who admits that he is in much better condition than he was during his rookie season, and it certainly looking like it, according to all observers.

He has been credited with a number of impressive catches already in the early days of training camp, in addition to making plays both with and without the ball with his legs, either to get open for a pass or to gain yardage after the fact, something that he gave a preview of during his playing time in the Divisional Round game in the playoffs last season.

While Wheaton has certainly been recognized for some impressive catches of his own thus far, he has also spent some time on the sidelines as the coaching and training staff look to monitor his reps during training camp after he missed time in the spring with a quad injury.

It seems for the most part that Coates has established himself, if not already there, then on a trajectory to open as a starter in the Steelers’ three-receiver sets ahead of Darrius Heyward-Bey, who was re-signed in the offseason to a three-year contract.

But might it be possible for Coates to find himself even in the starting lineup, ahead of Wheaton? Perhaps not by the time the regular season begins, but maybe by the end of the year? Obviously, that depends entirely on how his plays between now and then, but he has looked pretty impressive for the most part, aside from a couple of drops on the first day the pads came on.

Of course, it should also be said that the Steelers like to mix and match their wide receivers, so there may not be a defined number two wide receiver, with Wheaton, Coates, and even Heyward-Bey seeing their own reps in two-receiver sets across from Antonio Brown. But how big a slice of the pie might Coates wind up carving out for himself?