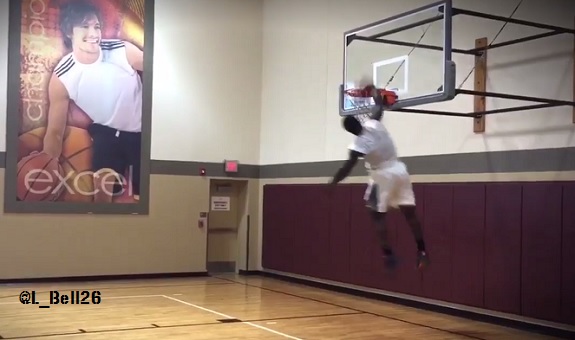 Over the course of the past few days, the NBA free agency period has understandably been the talk of the sporting world, at least in terms of major American professional sports. What with Kevin Durant choosing to join the defending Western Conference champion Warriors and the Knicks making a number of moves to revive the 2010-2011 Bulls, there has certainly been plenty to talk about.

One thing in particularly that seemingly just about everybody has been talking about, however, and perhaps most notably any number of active NFL players, has been the sort of money that NBA players have been commanding this offseason, with players lesser than Durant commanding more money than Andrew Luck’s recent new landmark contract.

Not everybody has been happy with the blanket comparisons that have been made, by those thoroughly uninformed and those who presumably should be more informed. And while it could certainly be argued that the NFL players’ deals could be better than they are—the general absence of true fully guaranteed contracts in contrast to other major sports organization is notable, there is a key point in noting that NFL and NBA contracts cannot be compared in unqualified fashion.

This is what got former NFLPA leader Kevin Mawae awfully worked up on social media recently, and he took to Twitter to make his points to help people understand that you shouldn’t compare the contract of a Durant with your own favorite team’s most important player, for example.

While his numbers are not entirely accurate—it’s been a while at this point since he has played, admittedly, he makes the pretty basic point that, while the league has been highly profitable, the simple fact of the matter is that their player incomes has to be distributed over a much greater number of players.

The NBA holds a league-wide average of 14 players per team, and no team is permitted to carry more than 15 players, so that worked out to roughly 420 total players in the NBA. The NFL, as you well know, has 53-man rosters and 32 players, for a total of 1696 players, not including the additional 320 practice squad players, and all those on injured reserve that must count against a hard salary cap.

That is even at a very basic level well in excess of four times the amount of players that the NFL has to pay in comparison to the NBA, which also plays more than five times the number of games over the course of a season, and far more if a team advances deep into the postseason.

All that is obvious enough, but Mawae also adds that NFL player contracts have many other important benefits that he suggests are “unlike any other professional sports league”, including players’ severance packages, 401K, annuity fund, and retirement pension.

Social media makes it pretty easy to dish out the #hottaeks, and big-dollar contracts tend to be a prime target of such takes of great heat, so it’s not surprising to see the comparisons drawn between NFL and NBA contracts, but all is not necessarily what it seems when things start to cool down.