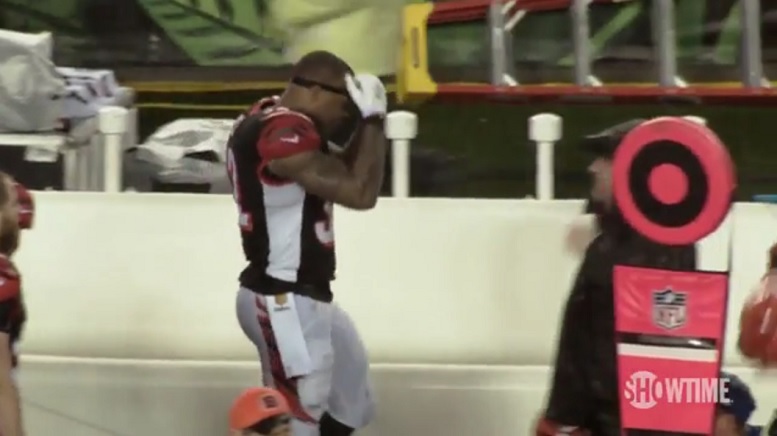 In a very real sense, you could say that the Pittsburgh Steelers’ 2015 season ended when running back Fitzgerald Toussaint fumbled on the cusp of field goal territory in Denver in the Divisional Round. The Broncos proceeded to drive down the field and score a touchdown to take the lead with three minutes left the play.

In an even more real sense, it might be easy to forget that the Steelers ended the Cincinnati Bengals’ 2015 season in similar fashion when Ryan Shazier forced Jeremy Hill to fumble at the Steelers’ 20-yard line with under two minutes left to play, Pittsburgh at the time trailing 16-15.

He has been, unfortunately, a bit of an issue for Hill in his young career. That fumble was the ninth in his two-year career, and the fourth of the 2015 season. He lost two fumbles in a game early in the year, and he lost three of five fumbles during his rookie season.

Obviously, it is the playoff fumble that sticks out. Seemingly all the Bengals had to do was hold on to the ball to secure certain victory, especially given the fact that Ben Roethlisberger was ostensibly knocked out of the game.

It was the Bengals’ best chance to end a decades’ long playoff drought that they had had in some time. But this is a resilient Cincinnati roster that sees itself as far from done making noise in the playoffs, even if they have yet to win their first game. They see the talent there to win it all, in fact, with Andy Dalton back.

And Hill, like Toussaint, is ready to put his hiccup behind him and get back to the business of football and of winning games, and of building a championship team, not worried about that one moment. Marshall Faulk, the Hall of Fame running back and a mentor for Hill, told him as much, to let it go, and to not let it define him.

While he acknowledges it as the lowest point of his career—what else could possibly take its place?—he accepts it for what it is, and says, “it’s just like anything in football. You have to stay even keel. You can’t get too high with the highs or too low with the lows”, a phenomenon Steelers head coach Mike Tomlin likes to refer to as “riding the emotional rollercoaster”.

“It’s just staying even keel and putting that play behind me and continue to try to stack good plays together”, he said. Hill is coming off a bit of a disappointing season during which he only averaged 3.6 yards per carry, but he tied for the league lead with 11 rushing touchdowns as well.

“If anything”, he said, “I want to play more passionately”. Hill said, “I think that even keel kinda gets me in trouble at times, but next year I want to be more passionate”. A Pro Bowler as a rookie, with nearly 2000 yards on nearly 450 carries and 20 touchdowns in two seasons, Hill is as ready as anybody to get back to playing football, and to stop putting the ball on the ground.