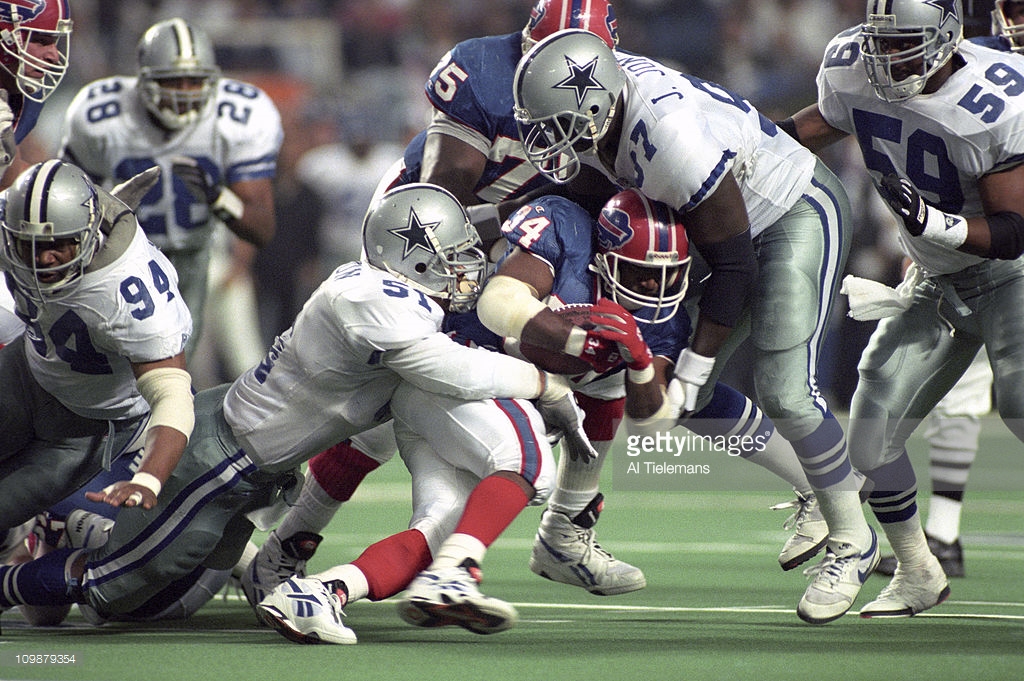 Hall of Fame running back Thurman Thomas spent nearly all of his 13 seasons in the NFL with the Bills, who drafted him in the second round of the 1998 NFL Draft. He rushed for over 12,000 yards in his career, added another 4458 through the air, and recorded a total of 88 touchdowns on the ground and through the air.

His success on the gridiron earned him, aside from the gold jacket that comes from his enshrinement in Canton, three first-team All-Pro nods, five trips to the Pro Bowl, and by his own admission, an even greater number of concussions.

Earlier this year, Thomas spoke at a concussion summit, during which he opened up about the fact that “he suffers from mood swings and that his condition has worsened”, wrote Mike Rodrak for ESPN in an article on the topic from back in April.

Thomas told attendees that he was grateful for having such an understanding family, whom he nonetheless repeatedly apologized to following one of his many bouts of uncontrolled emotion. “I thank God that I have a family that understands the things that I’ve been through over my 13-year career, and even after my 14 or 15 years that I’ve been retired”.

Thomas recently joined Bills rookie running back Jonathan Williams to discuss what he’d gone through in his playing career, and what the after effects have been. In an article by Tyler Dunne for The Buffalo News, the Hall of Famer said that doctors told him his frontal lobe “looked like he fell off a house or had been banging his head into a windshield”.

He talked about how he has had to pull off the highway because he could not remember where it was that he intended to go. These symptoms and others were the product of what he totaled at six or seven concussions during his career, though it would be easy to imagine the total being even higher for a bruising back averse to sidestepping contact with a defender near the sideline.

Would he do it over again, though? The answer that he gave Williams was that, yes, he would. “I tell people all the time”, he said. “That position touches the ball more than anybody else on the field. That’s what I wanted”. “I’d still do it”, he added.

But his son won’t, according to the article. The ninth-grader, partially urged on by his mother, announced that he would forego football as he enters high school and instead focus on baseball and basketball. His father did not appear to express much regret over his son’s decision, even if he would go it all again himself.

Thomas never played for the Pittsburgh Steelers. His Bills did knock the Steelers out of the playoffs, 24-3, in the 1992 playoffs. But it is important to hear the words of players such as himself, because this is a topic that affects everybody who has ever played the game, as well as the game itself. So many former athletes are suffering cognitive issues from their playing career, and I believe Thomas’ voice adds to the necessary discussion that is continuing to take place over concussions.