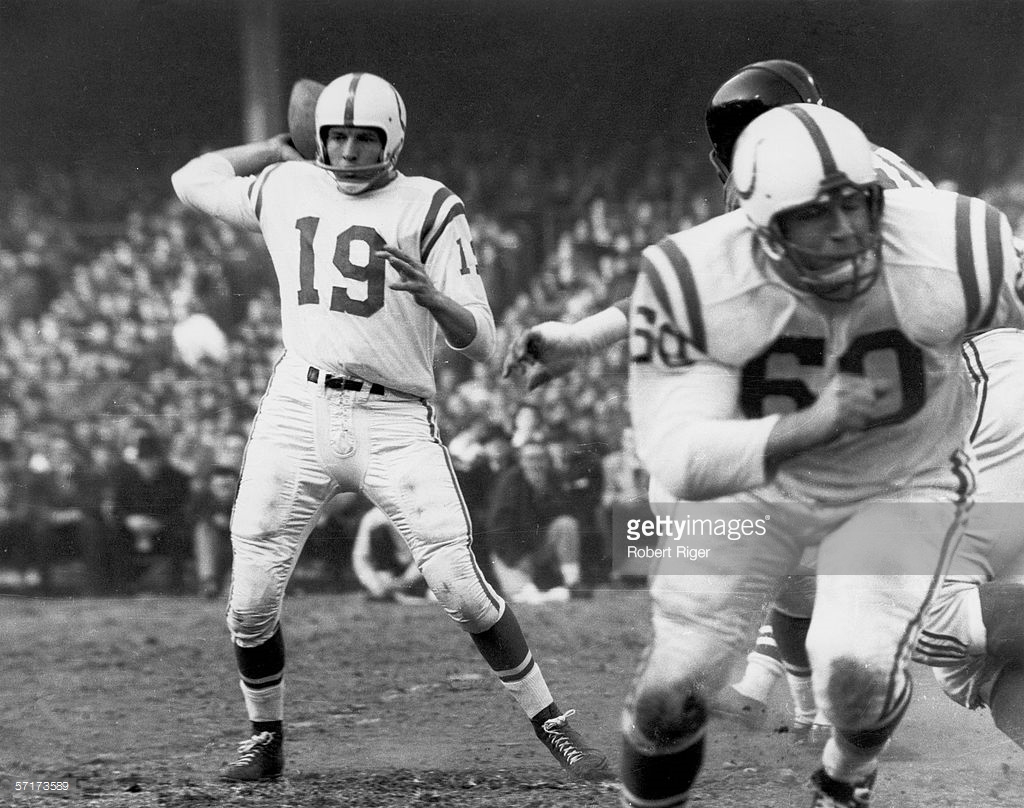 Let’s recap the top five worst decisions in team history. This does not include draft picks directly since we covered that in our “worst busts” article. If we included them, most of this list would just be rehashing those same names. And that’s boring.

With World War II, and the NFL barely 20 years old, teams had to scramble to stay afloat and field a complete roster. Out of necessity, the Steelers merged with the Philadelphia Eagles and Chicago Cardinals during the 1943 and 1944 seasons. The Eagles merger was mildly successful -finishing with a 5-4-1 record – and came with the cutesy nickname of the “Steagles.”

The Card-Pitts were the complete opposite. On the field, an unmitigated disaster, finishing with an 0-10 record. They lost the first game of the season by two and every other by at least two touchdowns. By season’s end, they were outscored 328-108 and earned the moniker of the “Carpets” for how teams walked all over them.

Off the field, things were just as bad. In the Steagles merger, Walt Kiesling and Greasy Neale hated each other. But in this one, Kiesling and Cardinals’ head coach Phil Handler were BFFs. This compromise, as told by Dan Rooney in his book, Dan Rooney: My 75 Years With The Pittsburgh Steelers And NFL.

“This arrangement brought even more problems than the Kies-Greasy combination of the year before, but for different reasons. Kies hit it off so well with Handler that the two spent more time at the racetrack together than they did with the team.”

The team held a lead just twice all season long, threw 41 interceptions (the third most all-time by any team), the starting running back quit, and fights broke out during the season. By most metrics, it was one of the worst seasons ever by any squad.

The Steelers are one of the few teams to avoid any major free agent busts since modern free agency began in 1992. But arguably their biggest blunder – contractually and productivity – is Mahan, signed to a five year, $17 million contract with $4 million guaranteed in 2007. He started the entire season. Horrifically. It ended with a costly holding penalty in the Wild Card game to the Jacksonville Jaguars, negating a two-point conversion that the Steelers would fail to convert on the ensuing play. It turned a 28-25 game back into a 28-23 deficit. The Steelers would go onto lose, 31-29.

Mahan was shipped back to the Tampa Bay Buccaneers the following season, the only silver lining of  the decision.

Kevin Colbert’s free agent classes usually aren’t terrible because he’s so conservative but ’07 was a stinker. Mahan and Kevan Barlow were two of the three additions. Barlow never even made the team.

It’s hard to find any faults in The Chief and I understand exploring that amounts to blasphemy around these parts. But for as great of a man as he was, his laissez faire approach to overseeing his head coaches got the Steelers into so much trouble before Chuck Noll.

13 coaches. That’s how many the Steelers went through during the first 35 years of their existence. That doesn’t even include some of the retreads who were brought back to predictably fail again. Being a friend or being Irish were the two prerequisites to the job.

There was some bad luck, to be fair. Jock Sutherland was in the middle of rebuilding the Steelers before suddenly dying of a brain tumor after 1947.

But mostly, the coaches were too stubborn for their own good or trying too hard to fill someone else’s shoes. Buddy Parker, Blood McNally, Bill Austin, and the like.

Rooney and the Steelers finally got it right with Noll. It just took a parade of names and decades of outright failure to get there.

The Steelers’ track record of draft success prior to Noll was spotty, at best, and they managed to bungle the few successes they had.

Dawson was drafted by the Steelers with the 5th pick in 1957. But he threw only 16 passes with the team over three years, sitting behind the traded-for Bobby Layne a year after Dawson’s arrival. Dawson was swapped to the Cleveland Browns for two players for the 1960 season; Junior Wren spent only a year with Pittsburgh while the other, Preston Carpenter, had just three decent years with the team.

The Browns followed suit, dumping Dawson to the Kansas City Chiefs, who saw him win 93 games over 14 years, throw 237 touchdowns, win a Super Bowl, and get inducted into the Hall of Fame.

Layne was a fine player for Pittsburgh but they got him at the twilight of his career. A far cry from the long-term success Dawson would’ve brought.

Unitas is the story most Steelers’ fans know. The Rooney’s had the inside track on him. Dan Rooney played high school football near Unitas and was a 2nd team conference selection behind Johnny U one year. When he was still available in the 9th round of the 1955 draft, Rooney scooped him up.

“By the ninth round, Johnny still hadn’t been selected, so I told [draft assistant] Ray Byrne, ‘We gotta get this guy now ’cause we don’t want him playing against us.'”

How true that prediction was.

But head coach Walt Kiesling thought he was, as Rooney quotes him, “too dumb to play,” and refused to let him see even the practice field. Dan and his brothers pleaded for The Chief to intervene but Art Sr’s philosophy was to “let coach coach,” a reminder of how his style, though well intentioned, doomed the Steelers in those early years.

Unitas was cut, temporarily worked in the mills, latched onto a semi-pro team, and eventually  signed by the Baltimore Colts. He led the league in TD passes in four of his first five years and is regarded as one of the greatest QBs to ever play. Certainly the best of his era.

It’s no surprise some of the franchise’s biggest blunders revolve around the game’s most important position – quarterback. And there is no better example of that than the decision to bypass Dan Marino in 1983, a year that saw one of the greatest QB classes of all-time.

Especially if you believe the reason Dan Rooney gives. He says, again, in his book, that former Steelers’ beat writer turned ESPN reporter John Clayton suggested to Rooney the team should take Marino. Rooney passed the info along to the front office but let the conversation with Clayton slip.

“Instead of saying I thought it up myself, I truthfully told them it was John Clayton’s idea. With that they threw up their hands, ‘Clatyon? You gotta be kidding!’ And that was the end of that.”

Now, scoffing at an “outsiders” reaction isn’t that crazy, but the bottom line is the team passed up a Hall of Fame quarterback. Even if Gabe Rivera would’ve been able to have a full career, it’s almost certain he wouldn’t have had a fraction of that success.

Pittsburgh certainly wasn’t great over those years but in large part, it’s due to a lack of stabiilty under center. Mark Malone and Bubby Brister bumbled their way through the 80s. With Marino at the helm under Noll’s coaching, you can almost put money on Pittsburgh making the playoffs each year and who knows, maybe winning a Super Bowl.

Bradshaw, Marino, Roethlisberger. What a trio it could’ve been.