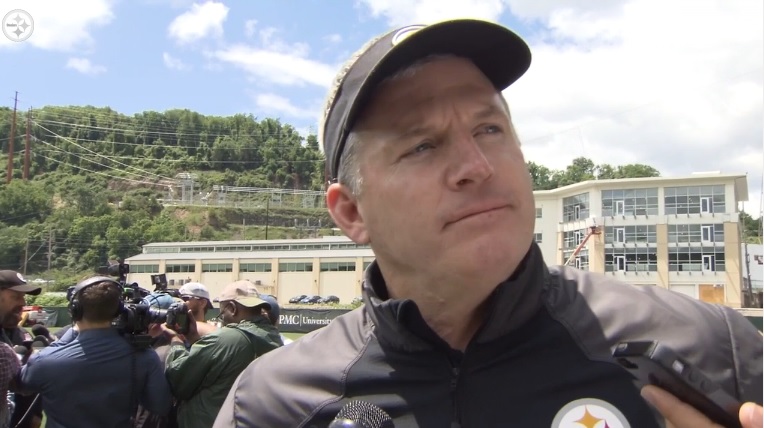 Mike Munchak is still framing the left tackle gig as open competition but he’s offered up praise to both participants, Alejandro Villanueva and Ryan Harris.

“Smart player, he’s got good strength,” he told reporters on Harris, posted to Steelers.com. Just seeing it out here, even when you’re not in pads, you can see certain things. Obviously smart, he’s been around, nothing is new to him.”

There’s some intangible elements to Harris’ background Munchak admires, too.

“Plus he’s just won a Super Bowl. This organization has won quite a few of them. We have players who have won them. It’s a good feeling that these guys know how to win, he knows how to win.”

16 of his 70 career regular season starts came last year for the Denver Broncos, entering the starting lineup after left tackle Ryan Clady was injured in the offseason.

But he is the challenger to Villanueva, who started the second half of the season last year for Pittsburgh. His improvement has been rapid, as pointed out by us numerous times, and again by Munchak.

“You watch him here, he’s already so much better during these OTAs than he was during the season. As far as the understanding and what we’re doing. He had the chance to go back and watch himself on tape and see what he did well and what he needs to improve on. Any guy that works like that, you know he’s going to continue to get better and that’s exactly what he’s doing.”

The decision and ability to retain left guard Ramon Foster was a huge one to keep the continuity along that side of the line. You could see the improvement in communication as the year went on and that will only help Villanueva or make Harris more comfortable.

Villanueva is the favorite going into camp and as far as I can gather from OTAs, he took most – if not all – the first team snaps. But Munchak cautioned not to read into those things during the spring and that training camp will mark the beginning of when those determinations are made. We plan to be there for all 14 of the open practices and will certainly keep you in the loop of who is running where.