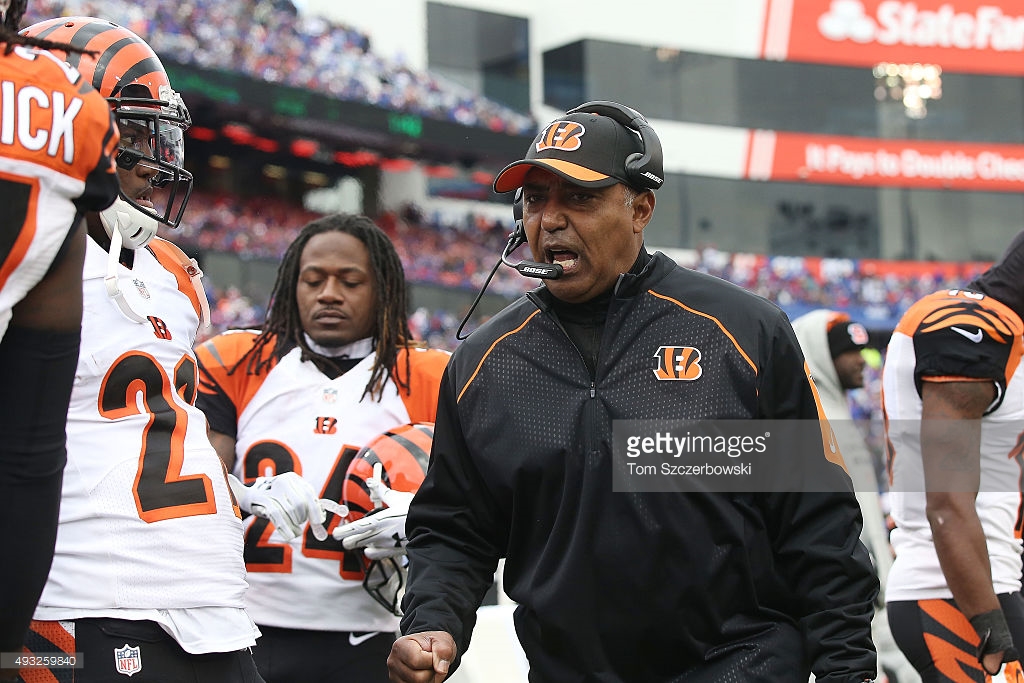 One of the byproducts of creating a winning environment and finding success on the field as a head coach is that you start to find your coaching staff around you eroding as your assistant coaches are sought after for promotions with other organizations. After all, if they were part of a winning coaching team, they must know something, right?

The Pittsburgh Steelers’ recent coaching changes actually haven’t come about that way. Bruce Arians was let go, his contract not renewed. Dick LeBeau and the front office mutually agreed to end their relationship. Jack Bicknell, Jr. was fired after just one season. but the team hadn’t been winning.

The Cincinnati Bengals have been winning over the past five seasons—in the regular season, anyway—and as a result, head coach Marvin Lewis has found himself replacing more and more coaches. A couple of seasons back, he lost both his offensive and defensive coordinators as Jay Gruden and Mike Zimmer, respectively, found head coaching jobs elsewhere.

Zimmer was replaced internally by Paul Guenther, who was the linebackers coach under Zimmer, most recently, but had been with the Bengals since 2005. Gruden was replaced by Hue Jackson, who spent the 2013 season as the team’s running backs coach, and had previously been their wide receivers coach in the mid-2000s.

Lewis was tasked now with replacing Jackson this offseason after he found a head coaching position with the Browns, and he once again chose to promote from within, assigning longtime quarterback coach Ken Zampese to that position.

Zampese has been with the organization, since before Carson Palmer was starting, and has obviously been there for all of Andy Dalton’s career. With a winning formula currently in place, Lewis believes in making the coaching transitions as smooth as possible, generally necessitating an internal promotion when the coaching change is brought about by losing a coach, rather than firing him.

“I didn’t want to start over again, where we’re teaching a new coach, or teaching a new offense”, Lewis told Albert Breer for Monday Morning Quarterback. “Hue was here as part of the offense when he became the coordinator so the transition was fairly smooth. This will be a smooth transition in terms of nomenclature and verbiage, which is important for our players to not have to take a step sideways.  That way, we can continue to forge forward”.

Lewis tells Breer that he took to heart something that Tony Dungy once told him in his first year as defensive coordinator with the Ravens back in 1997. “’Sometimes, they just have to make a tackle, whether it’s second-and-3 or first-and-10’”, Lewis recalls him saying. “You can’t worry about the what-ifs. You gotta have a sound system, you have to believe in your system, and then the players gotta play”.

That is more or less what the Steelers have done in promoting former linebackers coach Keith Butler, in largely retaining the LeBeau system, but building upon it. Zampese will maintain what Gruden and Jackson have built ahead of him, but he has been through their journeys, and now it’s his turn to blaze that path a step further.