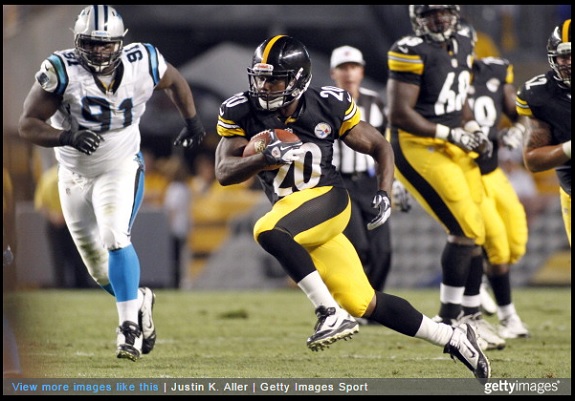 Remember Baron Batch? Well, the former seventh-round draft pick of the Pittsburgh Steelers is back in the news and not in a good way as the football player turned artist is likely to be arrested soon for leaving graffiti at Heritage Trail and Hot Metal Bridge.

According to the Pittsburgh Post-Gazette, local police plan to arrest Batch in the near future as his illegal artwork has resulted in more than $16,000 in damages. He will likely be charged with 30 counts of criminal mischief involving graffiti, according to several online reports.

Batch also sad that while he doesn’t consider himself a bad person, he acknowledges that he’s a renegade.

“None of it was meant to be disrespectful, but simply to inspire,” Batch wrote on his personal blog. “I am sorry. I did break the rules. I will not be tagging on the trails anymore.”

After his short career in the NFL was over, Batch, along with fellow former Steelers offensive lineman John Malecki, opened an art studio and marketing company, Studio A.M., in Homestead’s historic East Eighth Avenue business district.

After being drafted by the Steelers with the 232nd overall selection in 2011 NFL Draft out of Texas Tech, Batch missed his entire rookie season as a result of a torn ACL that he suffered during training camp. He played mostly on special teams for the Steelers during the 2012 season and ultimately retired from the NFL after being cut by the team prior to the start of the 2013 regular season.