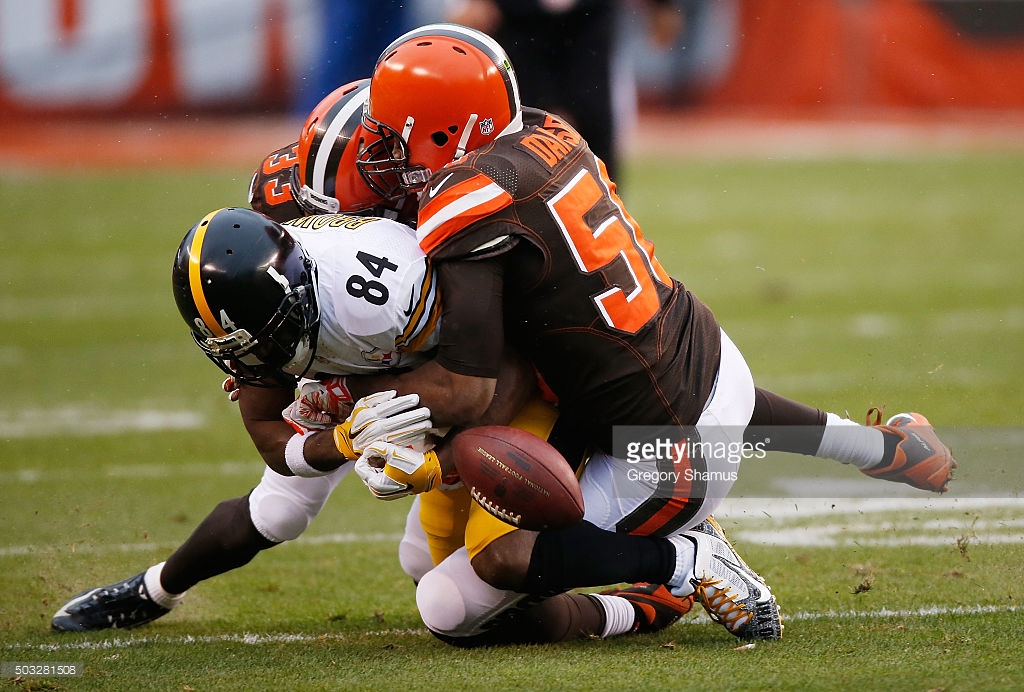 The Cleveland Browns brought in veteran defensive starters Karlos Dansby and Donte Whitner a couple of years ago with the hope of changing the culture of the locker room. The Browns have since cleaned house in another culture-changing aspiration, and that house cleaning included the releases of both the linebacker and safety.

Dansby has since signed with the Cincinnati Bengals, state- and division-rivals, and is now trying to recruit his former teammate, Whitner, to join him there, as he recently told Alex Marvez during an interview with SiriusXM NFL Radio.

Whitner was released late in the offseason process, after most of the free agency transactions had already happened, and Dansby was not happy about the timing of the release. Whitner remains a free agent, however.

Dansby also talked about the issues that he had in the Browns’ locker room as the team last year skidded to a 3-13 season, after a glimmer of hope the year before, finishing 7-9 in a season during which they were at one point even 7-5 and in a four-way division tie for the best record.

He said that “at a certain point, guys had just shut down”. The Browns lost their final three games, and 10 out of their last 11. Their victories came over some of the worst teams in the league: the Titans, the Ravens, and the 49ers.

As Dan Hanzus writes, Dansby and Whitner “found it a struggle to get other teammates motivated ‘to play for just the guys’”. The front office and coaching staff had certainly seemed to lose the team by the end of the season, and no doubt certainly well before then, which is why both departments were rooted after the year was over, with the firing of head coach Mike Pettine and general manager Ray Farmer, the latter of whom even had a four-game suspension to start the 2015 season.

Dansby will likely begin the 2016 season starting for the Bengals, though perhaps only temporarily, as Vontaze Burfict will have a three-game suspension to serve following a series of incidents, many of them involving the Pittsburgh Steelers, last season. The Bengals brought in Dansby partly for that reason.

While he will be turning 35 late in the season, however, he has still played at a competent level, registering over 100 tackles, two forced fumbles, three interceptions, and six pass deflections last year. He had an absurd 19 pass defenses and four interceptions with the Cardinals in 2013 and is well-regarded in coverage.

Dansby is finding himself in a much healthier locker room culture, no doubt, at least when it comes to breeding a winning mentality, as the Bengals have posted winning records and reached the postseason for five straight seasons. It shouldn’t take much to motivate that roster.