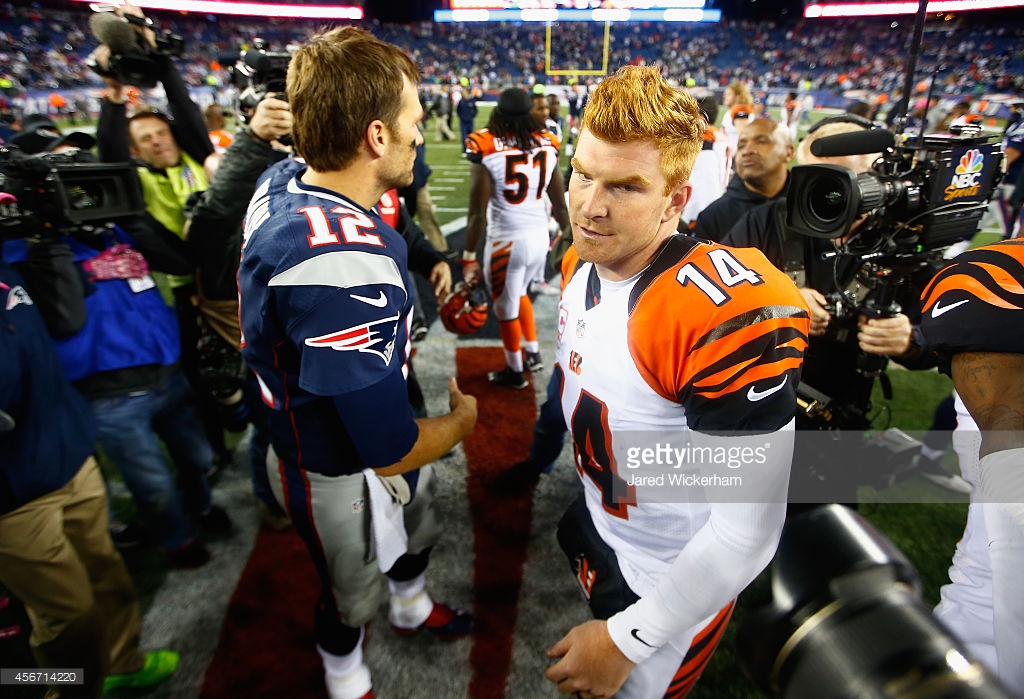 Many have debated about who Cincinnati Bengals quarterback Andy Dalton really is as a football player. A quarterback who has been able to put up some yardage and touchdowns, but sprinkled with costly turnovers, and able to win games because of a quality roster around him, Dalton had a career year last season that have many believing he has taken the next step.

Whether or not he has, the fact that the Bengals have lost offensive coordinator Hue Jackson, wide receivers Marvin Jones and Mohammad Sanu, and right tackle Andre Smith this offseason will inevitably make it more difficult for him to repeat his successes of 2015, which ended abruptly with a thumb injury.

But Pro Football Focus points out one statistic in particular that they believe separates Dalton’s career in the early stages and the player that he has developed into beginning with last season. The site points specifically to the stark contrast in his performance while under pressure last season as compared to previous seasons.

In 2014, their charting saw Dalton face 144 drop backs while under pressure. In those 144 plays, he completed just 50 of 111 passes for 794 yards, averaging 7.2 yards per attempt with a completion percentage of just 45. He threw just six touchdowns versus eight interceptions, was sacked 24 times, and produced a quarterback rating of only 57.4.

Compare that to last season, during which his numbers were dramatically better in 125 drop backs. It’s also worth noting that Dalton scrambled only nine times in 2014 while under pressure. He took the outlet to run on 17 occasions last year in fewer opportunities.

In 2015, Dalton completed 45 of 89 passes under pressure for a completion percentage north of 50, for a total of 800 yards, producing an average yards per pass attempt of 9.0. While he threw only three touchdowns under pressure (22 without pressure), he also did not throw an interception, and produced a quarterback rating of 92.9.

The contrast can also be seen against the blitz as well, where Dalton was excellent last year. In 2014, he completed 88 of 155 pass attempts for 1289 yards and 8.3 yards per pass attempt. He threw 11 touchdowns, but also seven interceptions.

Last season, he completed 84 of 132 pass attempts facing a blitz for 1206 yards, averaging 9.1 yards per pass attempt. He threw eight touchdowns versus no interceptions, with a quarterback rating of 113.4. While his performance in both seasons is at least admirable, the ball security and improved accuracy that he showed against the blitz last season certainly made a big difference.

The Bengals have one of the best offensive lines in the league, but even they will break down from time to time, and it has been in those moments that Dalton has faltered. Last season showed signs of him demonstrating a new level of composure when tested either by the defense or by the moment, which suggests that it was closer to the norm than an aberration.