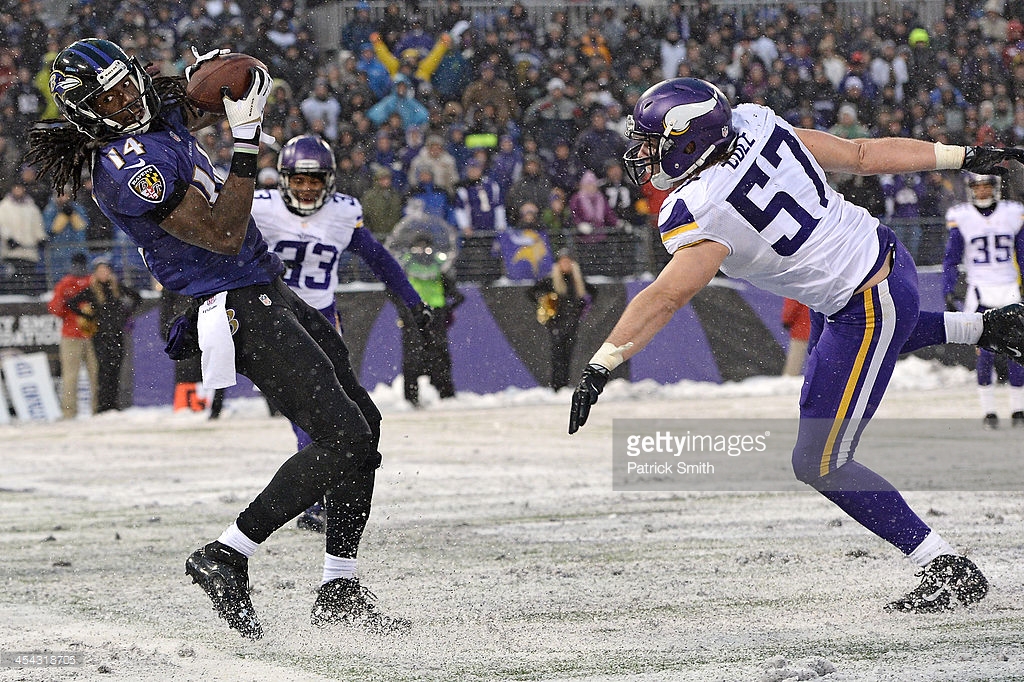 You might remember the name Marlon Brown from a few years back. He was a former undrafted free agent wide receiver who signed with the Baltimore Ravens and sort of came out of nowhere to have an impressive rookie season in 2013, recording 49 receptions for 524 yards and seven touchdowns in 14 games with 12 starts. Two of his least productive games just happened to be against the Pittsburgh Steelers.

Things haven’t exactly gone as planned since then, and that culminated with the Ravens quietly being waived a bit over a week ago. Brown’s 2015 season ended with a back injury suffered in Week 11, which landed him on injured reserve, and he appears to be continuing to recover from that injury.

At 6’5” and 214 pounds out of Georgia, he had many of the physical tools that make the road toward a successful NFL career an easier one to navigate, but he completely failed to build on his early success, and the offense wound up flourishing with him in a reduced role in his second season.

The Ravens signed Steve Smith in 2014 and the offense ended up having its most prolific year in franchise history, accumulating just south of 6000 yards of total offense and scoring over 400 points. Brown only contributed 255 yards, and failed to score a touchdown on 24 receptions.

In fact, he has still yet to score again since his rookie season. Prior to his back injury that he suffered in the second half of the season, he managed to record just 14 receptions for 112 yards in spite of the fact that Baltimore was struggling with injuries at the wide receiver, including to Smith himself, who was the catalyst for the offensive turnaround the year before.

After two disappointing seasons, it appears that the Ravens had lost their patience with Brown in spite of the great potential that he showed during his rookie season, and which the team very much hoped to see him build upon.

They currently have just eight true wide receivers on the roster, and among them is the free agent addition of Mike Wallace, who played his first four seasons in Pittsburgh. He, Smith, Perriman, and Aiken figure to be the roster locks, while others such as the aforementioned Butler, Givens, Brown, and the rookie Chris Moore contend for another spot or two on the roster, but there are another three players listed as wide receiver/return specialist as well.

Had the Ravens not waived him now, it seems as though there is a good chance he will have been unable to make the 53-man roster anyway. In a way, his career trajectory over the course of the past three years serves as a good reminder of how fleeting this game can be, both in terms of success and employment.