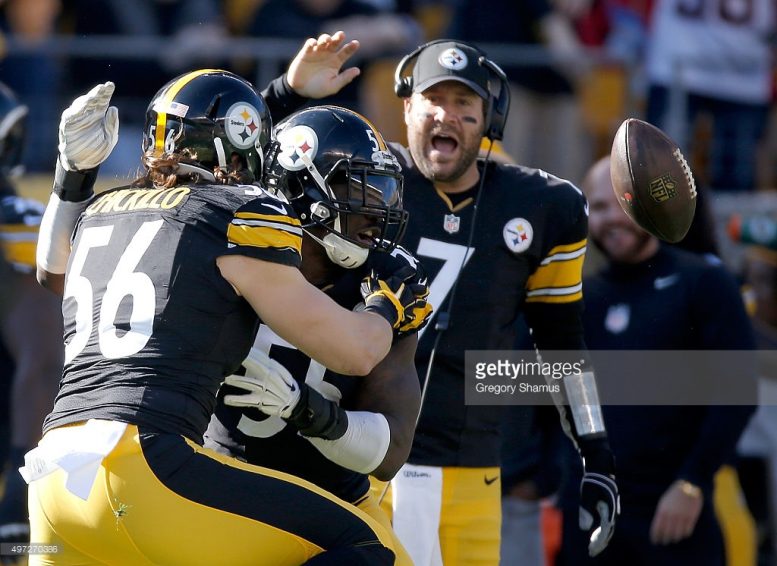 In his first two seasons playing for the Pittsburgh Steelers, outside linebacker Arthur Moats has gotten the opportunity to play for two defensive coordinators and in a Monday interview on Trib Live Radio, the James Madison product talked fairly extensively about the differences he’s observed while playing for Dick LeBeau and Keith Butler.

“The biggest difference I would say between LeBeau and Coach Butler is just their approach to it,” said Moats. “I felt like with Coach LeBeau, he’s definitely going to challenge you more mentally, in the sense of going into some games you’re going to have 30 to 40 calls and you’re going to need to be able to execute them all at a high level. So you would see as a trend, a lot of the younger guys were never be able to get on the field right away just because the mental complexity of it would be overwhelming for them.

“Whereas with Coach Butler, he’s definitely more on the – we’ll simplify and let your physical ability take over. So in that sense, the younger guys are able to play faster now because they don’t have to think as much. So that’s a benefit, but it definitely puts more onus on the player to win his one-on-one match-up.”

During LeBeau’s long tenure in Pittsburgh as the Steelers defensive coordinator, rookies very rarely saw extensive playing time barring injuries. That, however, was fairly understandable being as the Steelers defense was made up of a lot of veteran players who had been with the team quite a long time. However, while that all started to change a few years ago when we saw former first-round selections, linebackers Jarvis Jones and Ryan Shazier, both play extensively during their rookie seasons, it often made you wonder if they knew exactly what they were doing from one play to the next because of the LeBeau’s defense being so complicated to learn.

Last year, in Butler’s first season as the team’s defensive coordinator, the team’s first-round selection, outside linebacker Bud Dupree, also played extensively throughout his rookie season and he eventually became a starter, even though he continued to platoon with Moats on the left side of the defense. On top of that, cornerback Ross Cockrell, who didn’t join the team until right before the regular season started, instantly saw extensive playing time starting in Week 2.

Being as the Steelers drafted three more defensive players with their first three selections this year, early speculation is that all three will see the field on defense sooner rather than later and with good reason. Moats, however, doesn’t believe that Butler should just put these players on the field right away just because they were all drafted early as they all obviously need to earn it.

“I’ll put it like this, I feel like if those guys are ready to play, they’re going to get that opportunity, but I don’t feel like any of them have to be forced into action, per se,” said Moats. “I feel like their talent is going to speak for themselves and when you see what those guys did at the collegiate level, they all were highly successful, so I feel like they definitely can help us out, whether it’s special teams right away and then getting in the defense. But we all know the same thing, you don’t first-rounders to have them sit, so they’re going to get the opportunity and as long as they come out and produce at a high level, I feel like they should play.”

The Steelers annual OTA practices will get underway on Tuesday and while none of the team’s first three draft picks are really expected to work with the starting defense right away like Shazier did a few years ago, you have to like the chances of a few of them being ready to run with the first-team unit by the time training camp arrives. This assumes all of them were able to stay healthy and that they’re able to pick up the Butler’s defense while still playing fast.