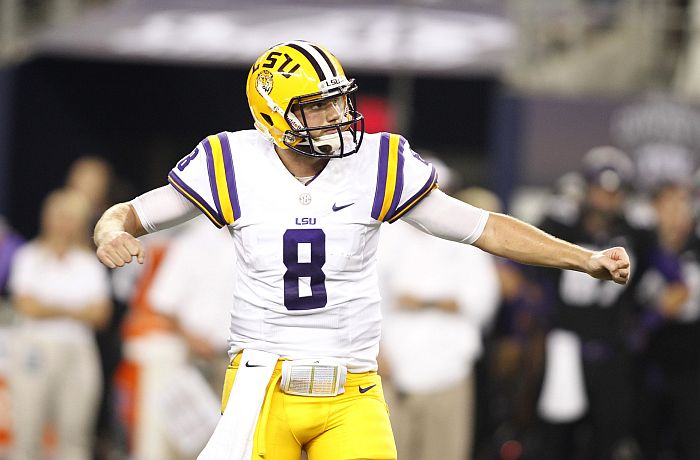 Following his Monday waiving by the Tennessee Titans, quarterback Zach Mettenberger wound up being claimed Tuesday by the San Diego Chargers in a transaction that will now reunite him with Ken Whisenhunt, the team’s offensive coordinator. However, two other teams did put in waiver claims for Mettenberger with one of them residing in the AFC North division.

According to Field Yates of ESPN.com, the Cincinnati Bengals and New York Giants were the two other teams that attempted to snatch the former LSU quarterback off of waivers.

Source: two teams other than the Chargers attempted to claim QB Zach Mettenberger, the Giants and Bengals.

The Bengals entered Tuesday with four quarterbacks already on their 90-man roster while the Giants currently only have three under contract.

Monday morning Kevin Seifert of NFL Nation wrote how history has shown us that Mettenberger’s career in the league might very well already be over and that any further development at this point is very unlikely.

Mettenberger has started 10 games since being drafted in the sixth-round of the 2014 NFL Draft by the Titans, who failed to win any of those games. Whisenhunt, knows Mettenberger very well being as he was the Titans head coach when the organization drafted the young quarterback.