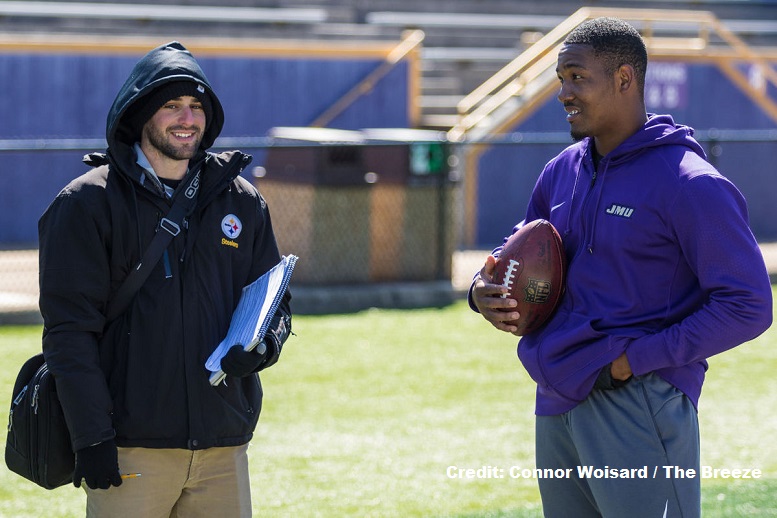 The annual pro day circuit will wrap on Wednesday with Georgia Southern, Memphis, Texas A&M and Utah State all holding their events for draft hopeful players and while it’s yet to be seen whether or not the Pittsburgh Steelers will have people present at any of those four locations. However, they apparently did have at least one person present at James Madison University on Tuesday.

According to Matt Weyrich of The Breeze, representatives from the Steelers were present for the Tuesday workouts of James Madison quarterback Vad Lee, defensive linemen Alex Mosley and Xavier Gates, kicker Ryan Maglio and center Dominick Richards.

Lee, the 2015 Colonial Athletic Association Offensive Player of the Year, was perhaps the biggest draw on Tuesday. he threw for 7809 yards and 66 touchdowns during his college and now holds several of the school’s single-season and all-time passing records.

Last season, Lee was only able to play in 8 games as a broken left foot that he suffered ultimately required surgery. He reportedly measures in at 6’1″, 225-pounds.

The Steelers have shown quite a bit of interest in quarterbacks so far this offseason and while Lee more than likely will go undrafted, he could be on the team’s radar as a potential free agent add.