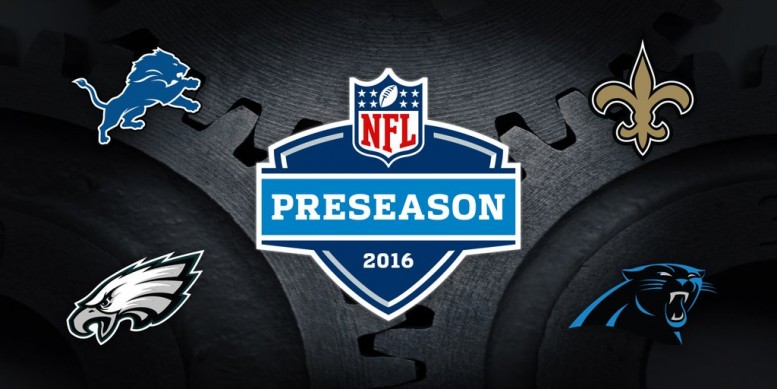 The Pittsburgh Steelers released their 2016 preseason schedule several days ago and on Thursday they released the dates and times for all four of those games.

The Steelers will open their preseason with a Friday night home game against the Detroit Lions on Aug. 12 and they’ll follow that up with a Thursday night hone game on Aug. 18 at Heinz Field against the Philadelphia Eagles.

This year, the Steelers will close out their preseason game with two consecutive road games with the first one being played on a Friday night against the New Orleans Saints on Aug. 26. As usual, that’s the game that we’re most likely to see the Steelers starters play the most.

As expected, the Steelers will close out their preseason schedule with a Thursday night road game against the Carolina Panthers on Sept. 1.

As of right now, none of the games are schedule to be broadcasted nationally but will be televised by KDKA-TV. With that said, you should be able to watch all of the Steelers preseason games online once again this year if you have an NFL Gamepass subscription if you live outside of the local viewing area.

Later this evening, the Steelers will also announce the dates and times for their 2016 regular season schedule.