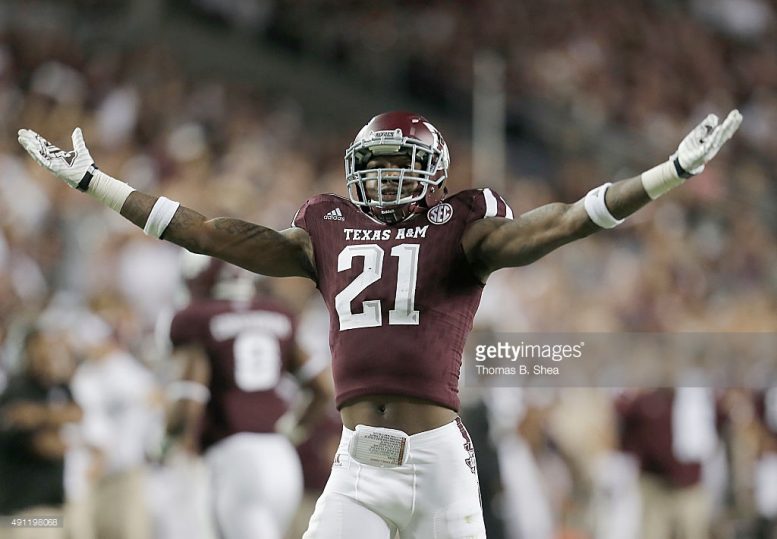 The Pittsburgh Steelers are slowly winding down their pre-draft visits and it appears as though the team will have yet another defensive back in town on Tuesday.

According to Aaron Wilson of the Houston Chronicle, Texas A&M cornerback Brandon Williams will be visiting with the Steelers on Tuesday.

Williams, who measured in at the 2016 NFL Scouting Combine at 5113, 197-pounds, converted to cornerback from running back last year. He registered 37 total tackles last season along with 7 defensed passes in the 13 games that he started at the position.

Williams started his college career at Oklahoma but transferred to Texas A&M after his freshman year. That move resulted in him being forced to sit out the 2012 season due to NCAA transfer rules.

Being as Williams is so raw, he could very well wind up going undrafted. The best-case scenario for Williams would probably include him hearing his name called in the sixth-round as he did register strong times and numbers while in Indianapolis for the combine.