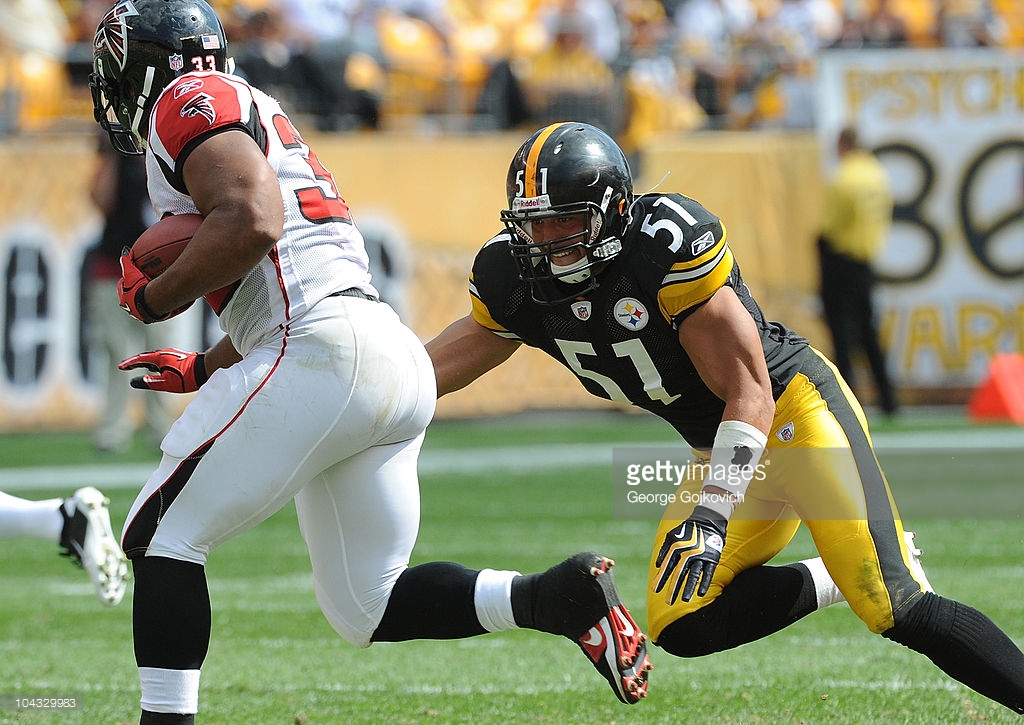 Given how close we are getting to the 2016 NFL Draft, it is no surprise that more and more focus is being placed on it from every corner of the relevant media market. It has given rise to no shortage of endless mock drafts, including Alex Kozora’ insane complete seven-round mock draft, team draft boards, and lots and lots of research, among the most interesting being the Washington Post study that suggested the Pittsburgh Steelers had been the most successful team in the draft in the past 20 years.

Farrior was originally a first-round draft pick of the Jets, who never really used him quite right, and while he was still a successful player, he was far from reaching his potential. After his five-year contract ran out in New York, he signed with the Steelers, where he would finish out the final 11 of his impressive 16-year career.

As you might remember from my previous articles touching on the study, the metric by which they determined the quality of a selection was by a metric formulated by Pro Football Reference that they termed ‘draft value’, which is relevant, of course, only to the team that drafted a player.

While with the Jets, Farrior only accumulated a draft value of 12 over the span of five years. He finished his playing days with a career average value of 95, however, adding 83 points to his career value during the second phase of his career.

According to the study, that represents the fourth-largest value from a player’s non-drafted team over the course of the study, behind, most notably, Drew Brees at the top and Matt Hasselbeck just above him.

Of course, in order for a player to even be in the position to accrue such an amount of value by taking the course of the usual unrestricted free agency path, that tends to necessitate that a player have a lengthy career, and that was certainly the case for Farrior, who played past his mid-30s.

In spite of the fact that he gave his first five years of his career to the Jets, he still had another 10 years of playing ahead of him, even if his role may have begun to be curtailed in his final season, which saw him being rotated out regularly, particularly in passing situations.

Even while the Steelers may have built their reputation—and the foundation of their championships—through the draft, primarily, they have in their best moments been able to aptly sprinkle in key free agents here and there when necessary. Their two biggest moves in free agency recently have been Mike Mitchell and Ladarius Green, but it would be hard for either of them to live up to the example set by James Farrior.