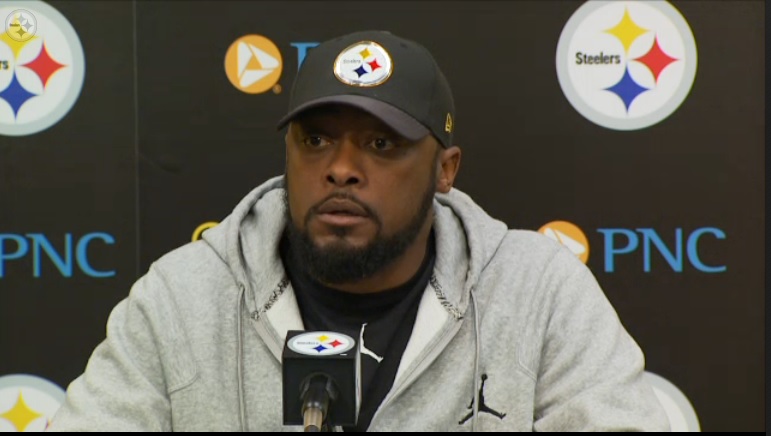 First, I gotta give a hat tip to reader mike who pointed this out in the comments section earlier today, and made me go look up the full interview.

Mike Mitchell joined Ian Fitzsimmons on the Football Today podcast two days ago. Mitchell doesn’t often do media interviews and has been given a reputation as a surly, but it was an enjoyable conversation he had with Fitzsimmons.

After discussing the retirements of Calvin Johnson and Peyton Manning, the two delved into the Pittsburgh Steelers and what it’s like to play for Mike Tomlin. Mithell shared a goldmine of a story about what Tomlin recently told linebacker Jordan Zumwalt.

“I’m in the facility the other day and there’s this kid, Jordan Zumwalt. Great kid, drafted out of UCLA. Unfortunately, he’s been injured the last two years. And Coach T comes in and he says, ‘What’s up money pit?’ He called him a money pit. ‘I’ve put my money in you the last two years and you ain’t made one tackle.'”

Zumwalt, of course, has been placed on injured reserve before the end of camp the last two years – a groin injury in 2014 and an unknown injury this year. This is likely his final shot to make the club and prove, at the least, he can remain healthy.

But Mitchell said that type of attitude is what he loves most about Tomlin and the reason why he’s the best coach he’s ever had.

“That’s just how Coach T is. He’ll definitely be your friend, he’s a funny guy, he’s a guy you want to be around. But ultimately man, he keeps it real. And as a player, that’s all I’ve ever really wanted. Was a coach that would tell me the truth.”

Mitchell also reference DeAngelo Williams and his own Twitter hiccups. Tomlin called Williams out on Twitter last week, something Mitchell said fits with the coaches’ personality. One that will call a player out in front of the whole room to make them accountable.

He also joked recalling when Tomlin told him to lay off social media in 2014, he didn’t use it for six months.

Zumwalt, you have to earn yourself a better nickname.