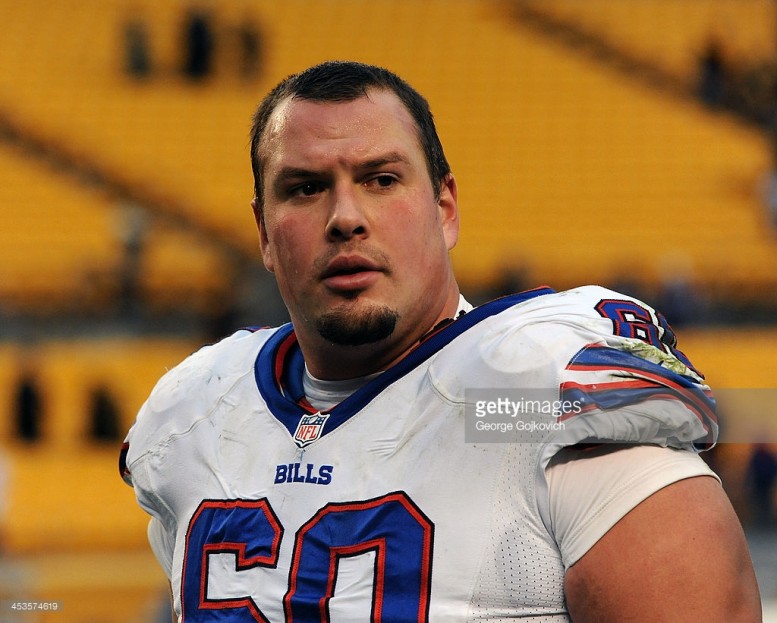 Judging by a Tuesday morning post on Twitter, the Buffalo Bills have apparently informed guard Kraig Urbik that he will be released soon.

Early last offseason, it looked as if Urbik would be the Bills starting left guard in 2015. However, after Buffalo signed veteran guard Richie Incognito in February and drafted right guard John Miller a few months later, the former Steeler found himself on the bench as the team’s swing guard.

While Urbik did play over 400 snaps last season, he only got the opportunity to do so because of groin and ankle injuries that hampered Miller most of the season and as a result, most of his playing time came on the right side.

While Urbik is no longer likely starter material, he’ll could wind up signing with another team to play a reserve role in 2016 following his release. So, would the Steelers have interest in bringing back Urbik? While I suppose there’s a slight chance of that happening, it would only be at the league minimum if it did happen and with no guarantees that he would make the final 53-man roster in 2016. Additionally, Urbik would be wise to wait a while before signing with a new team as his value can only go up at this point depending on what ultimately happens in the 2016 NFL Draft and offseason practices.

Currently, two Steelers interior offensive linemen from last year’s team, Ramon Foster and Doug Legursky, are set to become unrestricted free agents one week from today. While the team is reportedly attempting to re-sign Foster before he hits the market, there’s been no indication so far that Legursky will be brought back.