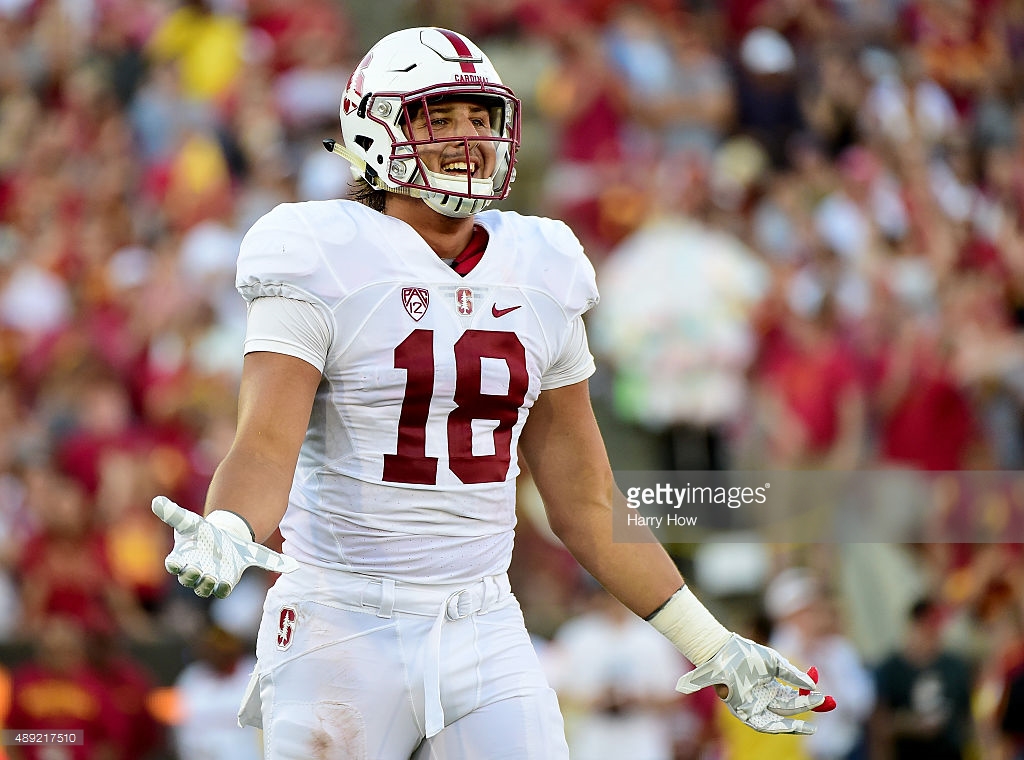 We know the Pittsburgh Steelers can meet with up 60 players at the NFL Combine, getting some of their first opportunities to learn about players. And not many probably already know as much about the Steelers as tight end Austin Hooper, who will be meeting with the team later tonight.

Hooper, according to people at the Combine, has apparently been following the league’s transaction wire, knowing the Steelers have a need at tight end. Not only did he know the obvious news of Heath Miller’s retirement, he knew the team released Rob Blanchflower, too.

Hooper, who declared as a junior, caught 34 passes for 438 yards and six touchdowns in 2015 with the Cardinal. He was named to the AP All-American 3rd-Team. Our Josh Carney is scheduled to do a breakdown of him either over the weekend or early next week so be on the lookout for that.