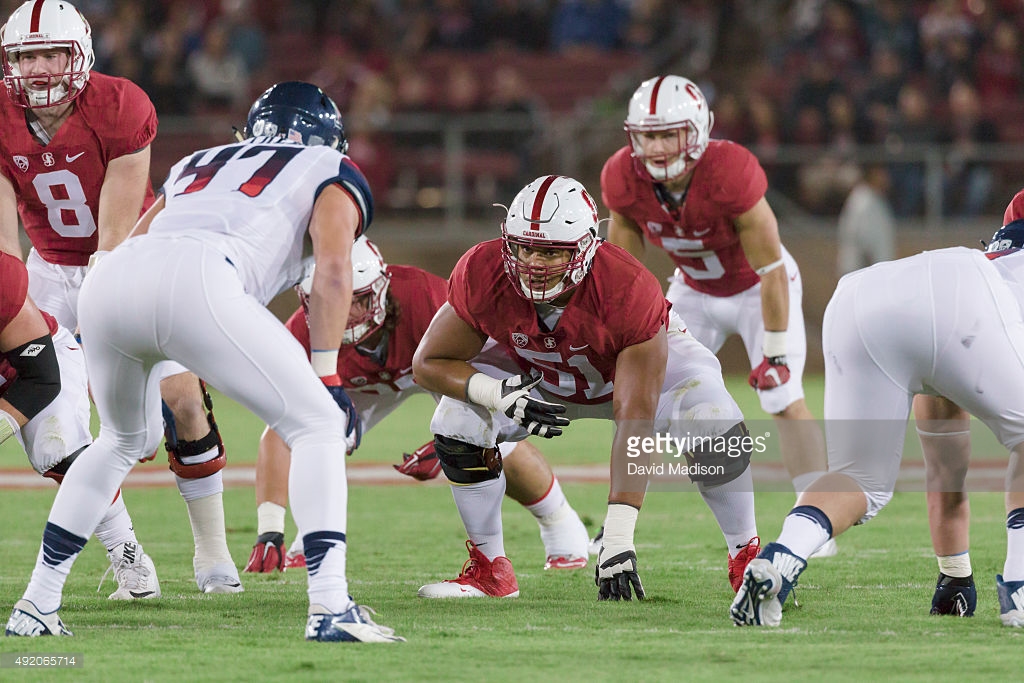 The Pittsburgh Steelers might have a hole to fill at left guard during the offseason depending on what ultimately happens with unrestricted free agent Ramon Foster, who has manned that job the last several seasons. If the Steelers are looking for a plug and play option in the 2016 NFL Draft, Stanford product Joshua Garnett not only fits the bill, he knows quite a bit about starting right guard David DeCastro already as he also is a former Cardinal.

“I know a lot about David DeCastro,” Garnett said during his Wednesday talk with the media at the 2016 NFL Scouting Combine. “That was kind of the guy I liked to model myself after at Stanford. That’s a guy who was a mauler, a finisher. When he punches you, you’re going to feel it. That was a guy I really liked to watch film of, just the way he finished. I modeled my play after that. I really wanted to finish people and imitate what David DeCastro was doing.”

“He could move. His athletic ability was really underrated coming out of Stanford. He showed people a lot of things.”

Garnett, who claims he wants to be a trauma surgeon after his football career is over, said at the end of his media session that while he doesn’t have a formal interview set with the Steelers as far as he knows, he will likely meet with offensive line coach Mike Munchak at some point while he’s in Indianapolis.

As you can see in the video below, the Steelers really have no need to use one of their 60 interviews on Garnett as he really is an impressive prospect when you hear him talk.