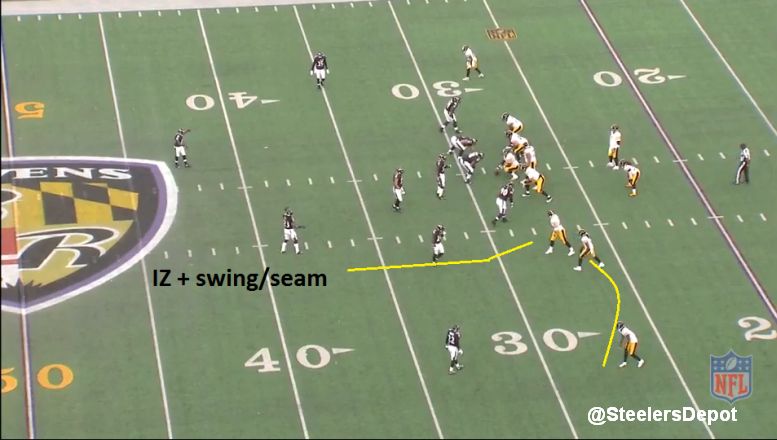 I like what Todd Haley has done and for once, the general consensus has been the same. But there’s one thing I’m hoping, pleading even maybe, to see tonight. It’s his packaged play, his run/pass option, that we have hardly seen from him over the last several weeks. In my mind and my hope, he’s been burying them in his playbook, an attempt to make team’s glaze over it, and pull them out in the playoffs.

There are an array of packaged players we’ve seen from Haley over the last two seasons, and we’ll focus on just a select group of them.

The last one I can recall seeing came in a big moment situation. A time for Haley to dust it off, knowing he had to surface it again to try and win. Week 16, 4th quarter against the Baltimore Ravens, down by ten. It’s one we’ve seen a ton and even covered way back in our Haley playbook before the season began. His inside zone run packaged with a swing/seam passing option.

And here it is in that Ravens’ game.

The Ravens’ bite on the run action, I’m not sure if Ben Roethlisberger even ever had the thought of handing it off, and with the slot corner freezing, Ben hits Heath Miller open down the seam. 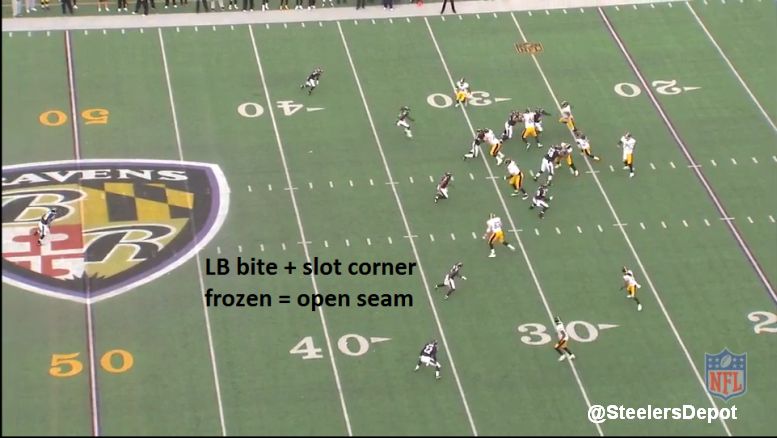 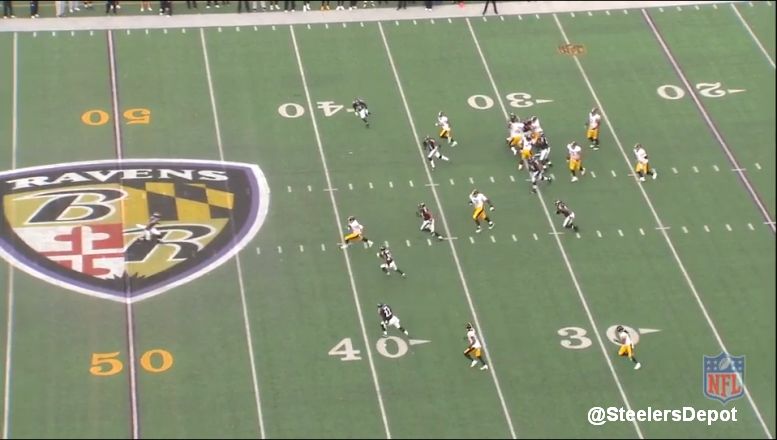 It’s a 20 yard gain, the second play on a long drive that would result in a Steelers’ touchdown.

And here’s another one. All the way back from Week 2. Pairing a tunnel screen with a power run to the right. With the CB bailing on the snap, Roethlisberger hits Antonio Brown on the screen, gaining 17 yards. 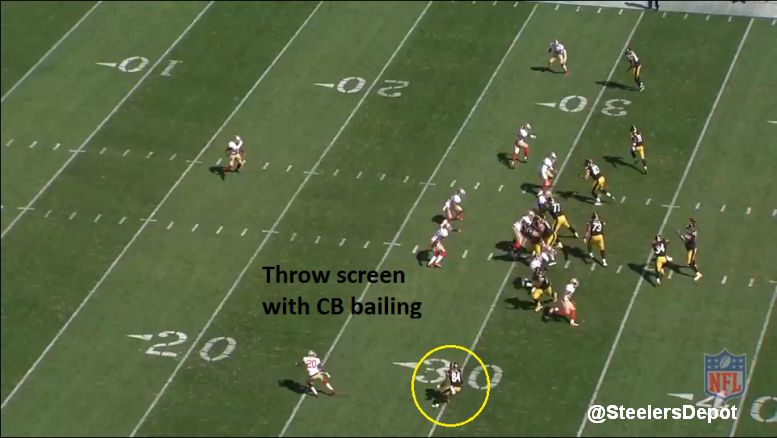 It’s a great tactic to freeze defenders and get them thinking, worried about when the next one is coming. Puts the offense in a theoretical win-win, choosing whatever option the defense doesn’t defend, or defends poorly. They’re worth sprinkling in at moments, enough to keep the defense on their toes, and have routinely produced huge gains throughout the season. To avoid them now would be a glaring mistake.