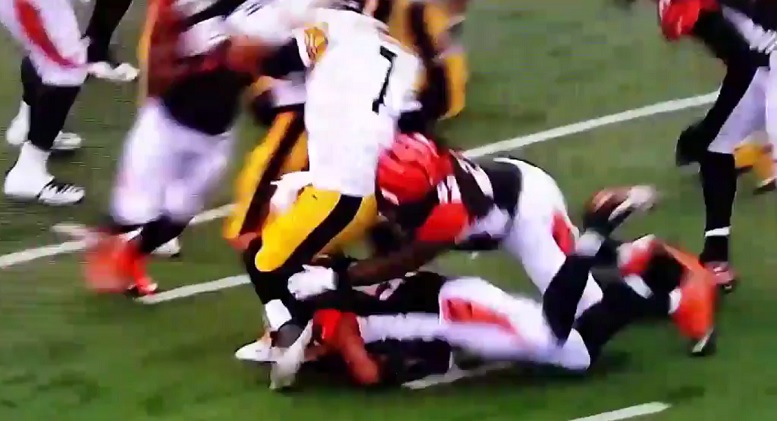 If the league does their job, Cincinnati Bengals linebacker Vontaze Burfict will be fined for hitting Pittsburgh Steelers quarterback Ben Roethlisberger below the knee during the first quarter of Sunday’s game.

Burfict was involved in several minor skirmishes with several different Steelers players throughout the game and he has a history of being a dirty player.

We’ll see if the league takes action against Burfict and it will be a travesty if they don’t. A few weeks ago, the league chose not to fine Seattle Seahawks defensive end Michael Bennett for hitting Roethlisberger helmet to facemask after he delivered a fourth quarter pass in that Week 12 game. Roethlisberger ultimately left the game in order to be checked for a concussion.

How could this hit by Vontaze Burfict not be a penalty. Watch this cheap shot as he targets Ben's ankle pic.twitter.com/O4ZcT1FC5m

On the #Burfict low hit … It looks like it was a low hit, he lunges into #Roethlisberger It should have been called #PITvsCIN