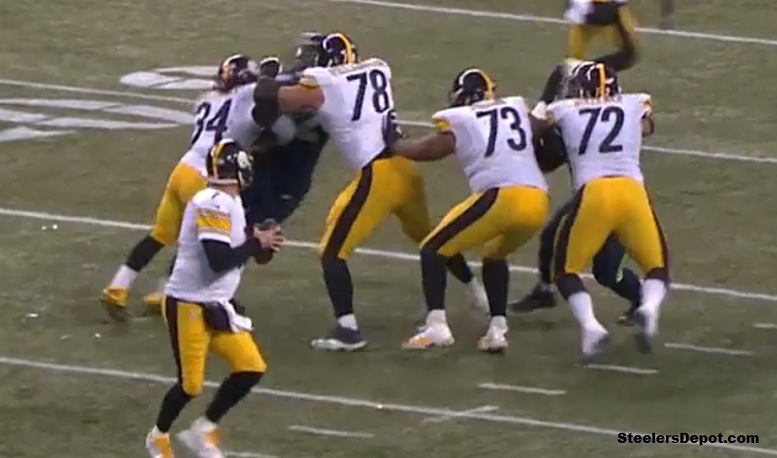 In Sunday’s loss to the Seattle Seahawks, Pittsburgh Steelers running back DeAngelo Williams only had 8 carries for 29 yards in the game. However, the veteran did catch 7 passes for 88 yards and believe or not, that tied his career high for receptions in a single game.

During his Tuesday press conference, head coach Mike Tomlin was asked to talk about the large role Williams had Sunday in the passing game in addition to how he’s already been used quite a bit in that area so throughout the season.

“We use the running back position in the passing game. I think Le’Veon Bell has sort of set the climate for that with what he’s been able to do here over the course of his career and it’s become our personality,” said Tomlin. “DeAngelo’s done a nice job of getting up to speed and contributing in that area and I really think his contributions have been on the upswing largely over the course of the year in that area and I expect that to continue. He’s an asset and I know he was on Sunday.”

In case you missed it, Williams put Seahawks defensive end Michael Bennett on his rear with a chip on his way out of the backfield on a 2nd down play in the fourth quarter of Sunday’s game. Not only that, he also was targeted with the pass on that play the result was a 13-yard gain.

Several weeks ago, Williams also planted Oakland Raiders outside linebacker Aldon Smith on his keister with a similar chip out of the backfield, so we’ve come to expect that kind of physical play out of the 32-year-old.

So far during his career, Williams has 10,109 all-purpose yards which ranks him 141st on the all-time leaders list. With 105 more yards, he’ll pass Hall of Fame running back Earl Campbell on that list.

“DeAngelo Williams might be the pick-up of the year,” CBS analyst Phil Simms said in the fourth quarter of Sunday’s game.

While I don’t agree with many things that Simms says during a broadcast, I certainly do agree with that statement.