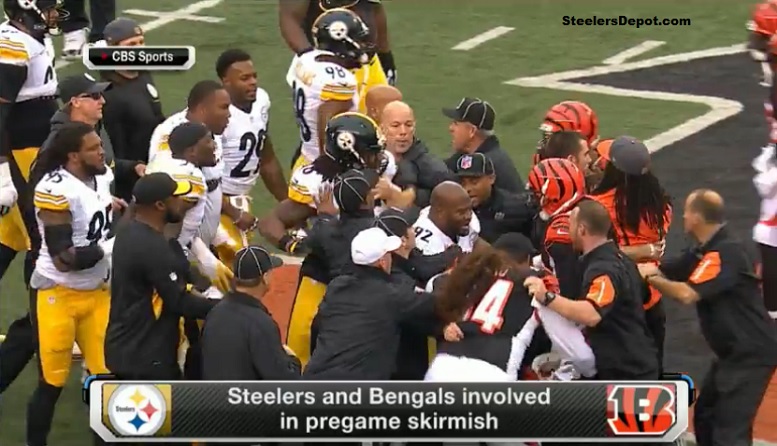 Today’s game between the Cincinnati Bengals and Pittsburgh Steelers is expected to be a physical, hard-nosed battle.

And it’s carried over into the pre-game warmups. According to a tweet sent out by Ray Fittipaldo, James Harrison and Wallace Gilberry were the two notable players involved in a “scuffle.”

Steelers Nation radio snapped a picture of the scuffle.

Both teams pushing and shoving at midfield during pregame! pic.twitter.com/0GZWZWMUf8

You’ll remember that in addition to this being an AFC North matchup with a lot on the line, tension is high. The Steelers have plainly expressed their dislike for Vontaze Burfict after appearing to celebrate Le’Veon Bell’s injury in the first matchup. Mike Mitchell told reporters the Steelers “wont be the ones bleeding” earlier this week. Adam Jones had some, uh, colorful comments earlier today on Instagram.

Expect some post-play exchanges throughout today’s game. It’ll be important for the Steelers to keep a cool head and avoid personal foul penalties.

Update: Video of the scuffle: