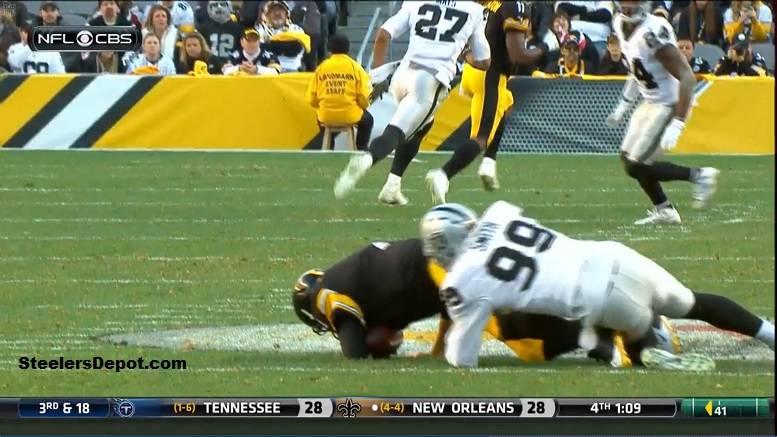 According to Adam Schefter Of ESPN, Roethlisberger has a mid-foot sprain and is expected to be sidelined “a few weeks”, per a source of his.

Ben Roethlisberger has a mid-foot sprain and is expected to be sidelined "a few weeks", per source.

Schefter goes on to say that the Steelers initially suspected Roethlisberger had suffered a LisFranc injury; but are relieved he didn’t.

According to Albert Breer of the NFL Network, Roethlisberger’s timetable will be based on how he responds to treatment.

Roethlisberger's timetable will be based on how he responds to treatment. He's out next week, then Steelers have bye. Up in air after that.

After the game, head coach Mike Tomlin said that Roethlisberger was busy getting an MRI on the left foot that he injured in the fourth quarter of the win over the Oakland Raiders.

Roethlisberger injured his left foot when he was sacked on third down by Raiders linebacker Aldon Smith.

The Steelers will play the Cleveland Browns in Week 10 before having their bye week. In Week 12, they will go on the road to play the Seattle Seahawks.

Landry Jones is now expected to start for the Steelers next week against the Browns with Mike Vick backing him up. Vick was inactive Sunday against the Raiders.