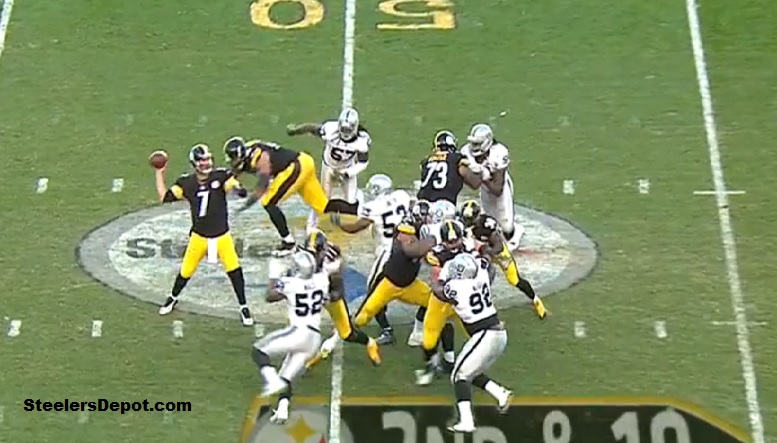 While we wait to see what the tape says, it’s obvious that Steelers tackle Marcus Gilbert and guard David DeCastro did a great job on Sunday of keeping Mack off of the stat sheet entirely and that’s the first time that’s happened during the young linebacker’s career.

Gilbert has played great so far this season and he’s done it against some of the top pass-rushers currently in the league. While the Steelers didn’t run to the right very often on Sunday, it doesn’t matter as running back DeAngelo Williams finished the game with 170 yards on 27 carries.