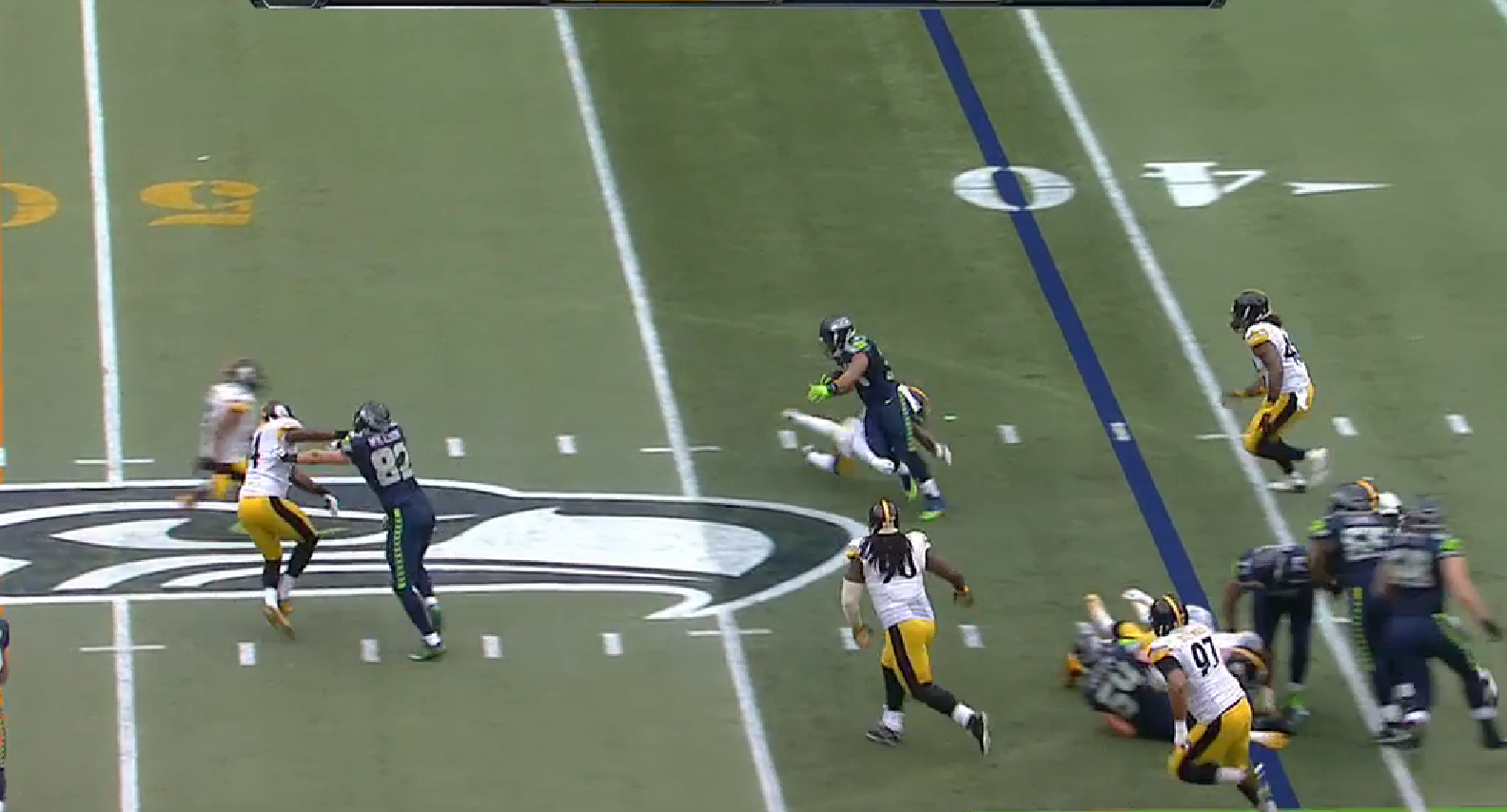 The Pittsburgh Steelers returned to the field yesterday evening after a week off, and you might say that it showed, as the defense gave up a season-high 39 points, or about double what they had been averaging per game. Of course, the four turnovers on offense didn’t help.

Neither did any number of missed tackles, as has become par for the course, and, as usual against Seattle, it was cornerback Antwon Blake who was the main offender, missing a number of tackles and very clearly playing through an injury that is affecting his ability to carry out a most basic function of his job: tackling.

The fourth-year cornerback added another handful of missed tackles to his long list of incidents from this past season, during which he has started every game and only missed a handful of snaps here and there. But there is a pattern to many of the tackles that he misses.

Blake has been playing through most of this season with a known fractured thumb, though he has only been on the injury report once this year, back in late October. He had been wearing a cast over it, and is continuing to play through the injury.

It is also not hard to imagine that he is playing through other injuries as well. One moment late against the Bengals stood out to me, as Blake lay on the field after making a tackle on the running back after a fellow defender ran into his arm.

The way that he tackles clearly suggests that he is favoring one arm and has resorting to attempting to shoulder at times, causing him to merely graze or even completely miss a ball carrier, eerily reminiscent of Gerod Holliman.

During the bye week, I debated the merits of continuing to play Blake through his injury as a possible point of discussion and reevaluation for the team during its time off. It’s hard not to revisit the topic once again after the yet again amply frustrating display from the young cornerback on the field yesterday.

The question now is simply how much more the coaches can watch Blake go out there and tackle so poorly, so consistently. He does make a good tackle from time to time, but whatever he is dealing with has clearly taken some of the aggression out of his play, and at times he even appears to recoil in pain when attempting to tackle with his injured hand.

According to Ray Fittipaldo of the Pittsburgh Post-Gazette, Brandon Boykin, the team’s fourth cornerback, tweaked his ankle in practice last week, but as he Tweeted after the game, “he’s probably healthier than Blake, who has been playing with a fractured thumb”.

Boykin, of course, was healthy enough to dress, as he played on special teams, and even made the opening tackle on the first kickoff. The former Eagles cornerback whom the Steelers traded for has only seen a handful of snaps on defense, but after yesterday’s showing, I don’t know what else, if not Blake’s inability to tackle, can get him on the field.