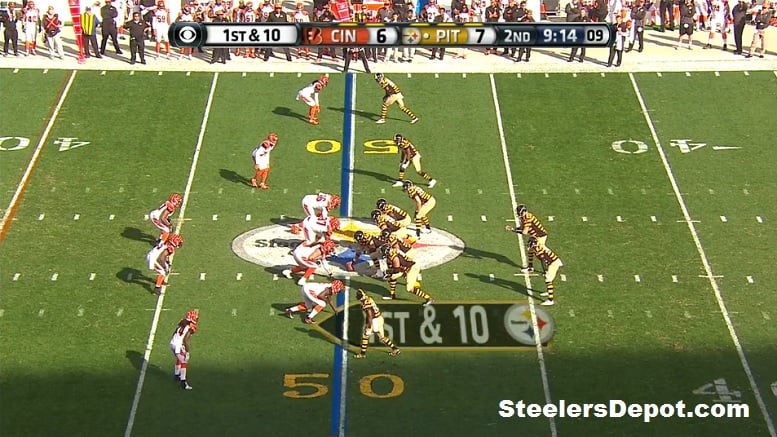 2015 was supposed to be the year of the “Killer Bs” for the Pittsburgh Steelers. However, thanks to suspensions and injuries, that’s not going to come to fruition for the four-headed stinging offensive attack of Ben Roethlisberger, Le’Veon Bell, Antonio Brown, Martavis Bryant.

Perhaps it was appropriate that Steelers wore their bumblebee-looking throwbacks on Sunday at home against the Cincinnati Bengals as it marked the first time this season that the team was able to get Roethlisberger, Bell, Brown and Bryant all on the field at the same time.

The 2015 reunion of the “Killer Bs” lasted all of 23 plays on Sunday as Bell left the game for good with a right knee injury with 9:14 left in the second quarter.

With it now looking like Bell will be lost for the remainder of the season with a torn right MCL, the Steelers offense will have to move forward without their ground stinger. While veteran running back DeAngelo Williams is more than capable of filling in moving forward, the loss of Bell will certainly sting, for lack of a better word.

The Steelers Killer B offense was expected to average 30 or more points a game in 2015 and as of right now, that looks like a pipe dream. Luckily for them, the defense is only allowing an average of 18.4 points a game through the team’s first eight games. That’s the unit that has done the most stinging so far this season.