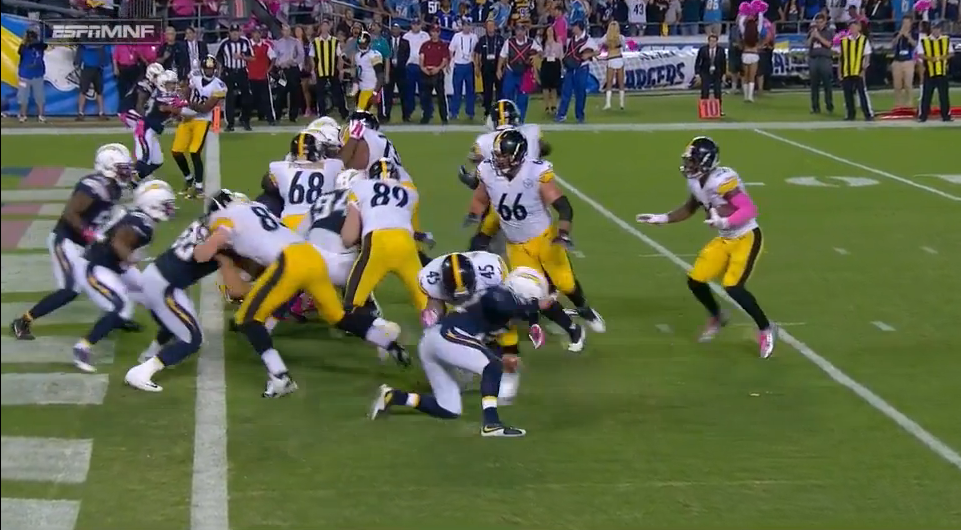 Playing on the offensive line isn’t a job most people would willingly sign up for. Go unnoticed when you succeed, picked on when you fail. It’s a blue-collar life. No one is a left guard in Madden’s Be A Pro.

So it’s nice to hear praise dished out to one. And for David DeCastro, it’s well deserved.

Mike Tomlin was asked about his impact on Le’Veon Bell’s touchdown, pulling from right to left to help open a lane for the back to score and win the game. Tomlin credited DeCastro’s athletiicsm and ability to pull but noted it is nothing new to the team.

“He’s a very talented guard and puller and does a lot of things well. But it’s not like he just acquired that skillset. We were very attracted to that element on his game when we looked at him in the draft. He pulled more for Stanford than he does for us, and he pulls a lot for us. That was a big part of his game and their game in college. So he’s just continuing to display the skillset that he’s probably displayed for the greater part of his football life.”

The Steelers used to be a right-handed team, traditionally pulling their left guard. Alan Faneca’s block on Willie Parker’s Super Bowl 40 run will be etched in history. But DeCastro is bringing back a different era, a 1970s team that asked Gerry Mullins to pull right to left to a high degree of success.

Overall, DeCastro’s game has been on the cusp of All-Star worthiness, but his ability to pull and kick out defenders has been consistently excellent over his entire career. When the Steelers’ offense needs a spark, they run their Counter OF – Georgia Counter as they refer to it.

And above all, hard to stop.