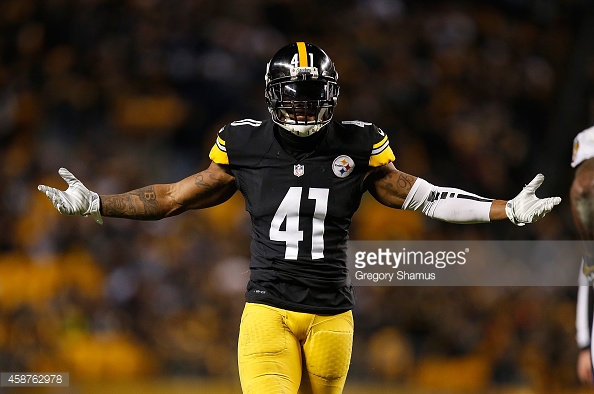 This is a defense of Antwon Blake but not a defense of his performance Thursday night against the New England Patriots. It was terrible. A no good, very bad day for the fourth-year corner.

But was it all his fault? And was it indicative of a typical Blake game? Moving forward, those are the only two questions that matter.

He has played every down of his Steelers’ career at left cornerback. Outside the numbers, on an island. Until Thursday.

The Patriots trotted out their 12 personnel 26 times. A traditional run-heavy look, the Patriots flipped the script, spreading the field into an empty set, flexing tight ends outside the numbers. With the Steelers desire to match with a safety or linebacker, it forced Blake in the slot to cover the offense’s right receiver. The furthest left cornerback, sure, but covering a new area of space. Playing on the outside allows the sideline to become an extra defender. A wide receiver with a wider split, limiting his route tree.

In the slot, the entire route tree becomes available. And he found himself pitted against one of the best slot receivers in Julian Edelman. You know the results.

Even if you’re banging on the drum for Brandon Boykin to play in the slot, it was impossible for Blake to know if the Patriots would show a heavy set with their 12 personnel or spread things out. It often kept the Steelers in their base defense, leaving Blake in as the left corner. He wouldn’t know if he was going to have to cover the slot or the outside until they lined up.

The Steelers’ coaching staff has some egg on their face for this one. Blake wasn’t put in the best position to succeed, even though he’d probably never openly admit that.

Easily the most disappointing part of Blake’s game Thursday wasn’t his coverage. He isn’t Darrelle Revis, wearing “Blake Island” across his jersey and sounding like an arrogant Bachelorette contestant marking his territory. It was the three tackles he missed, according to Jon Ledyard’s breakdown, and you don’t have to hunt very hard to find them on tape. It’s the most uncharacteristic part of his game.

We all want to paint with a broad brush after one week but we quickly how reliable and impactful of a tackler he was in 2014. Remember the forced fumble on A.J. Green in Week 17? Or his pop on Torrey Smith, which I’ll remind you of in the GIF below?

Blake earned a reputation of playing bigger than his size with a high level of physicality and a reliability in his tackles. All while creating two turnovers, an interception and the forced fumble, tying him for third on the team. There were some positive snaps last year, changing the opinions of those who doubted he’d ever see the field on defense. That included me.

Did Thursday night show those positive traits? Absolutely not. But am I willing to give a longer leash to a player who consistently showed those traits last season. One game doesn’t erase 273 snaps.

This isn’t to say Blake is a better player than Boykin. He’s arguably not, simply lacking the coverage ability that Boykin seemingly provides. Actually, that’s where a lot of the vitrol directed Blake’s way stems from. In expressing the desire to see Boykin step on the field, they’ll cut down Blake, disregarding everything we saw last year and focus on one game.

I’m no fool to think that if/when Boykin is elevated, Blake isn’t the first player to take a backseat. It’s not going to be William Gay and when healthy, probably not Cortez Allen. But the downright hate against Blake was off-putting, even for the expected Week One kneejerk.

It remains to be seen how good he’ll be. But he’s not as bad as New England made him look.