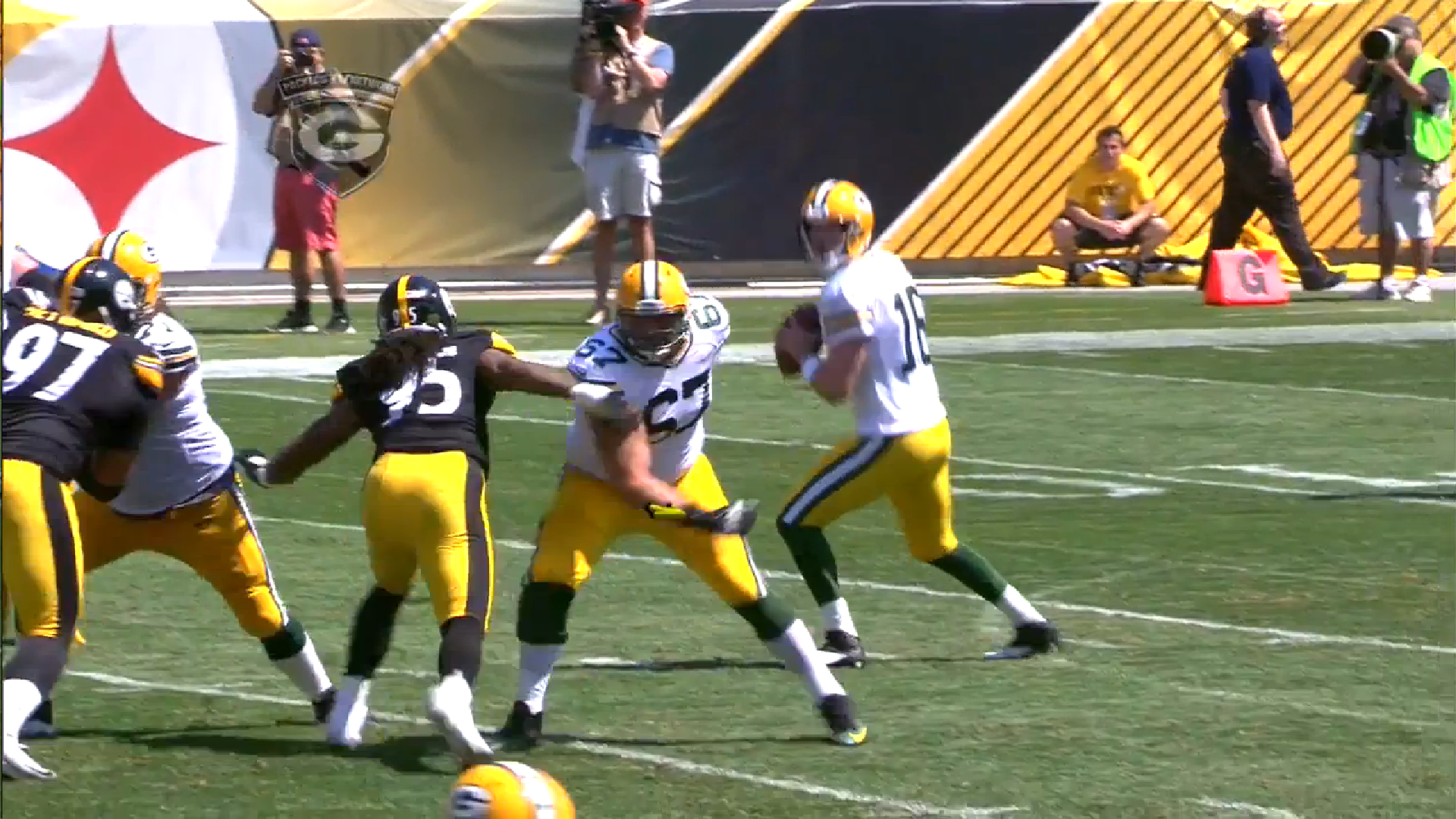 The Pittsburgh Steelers are counting on outside linebacker Jarvis Jones to perform, not only during the 2015 season, but beyond. Yet he still faces a barrage of questions ending his third season after suffering an injury-plagued sophomore campaign.

With that as the backdrop, Jones is entering this season expecting every one of his plays to be highly scrutinized, which seems to show in his more guarded answers with the media, as he hopes for his play to speak for itself.

The former first-round draft pick had a solid game on Sunday against the Green Bay Packers, even if he was on the field for the opening drive that led to a quick eight points. But there were few opportunities for him to even get involved.

On the one early running play in his direction, Jones did show a good first punch that knocked left tackle Don Barclay off his based, allowing the edge rusher to win inside to pursue a path to the running back. His progress was halted after the left tackle held him by the arm until he eventually spilled to the ground, but it is certainly arguable that a penalty could have been called. 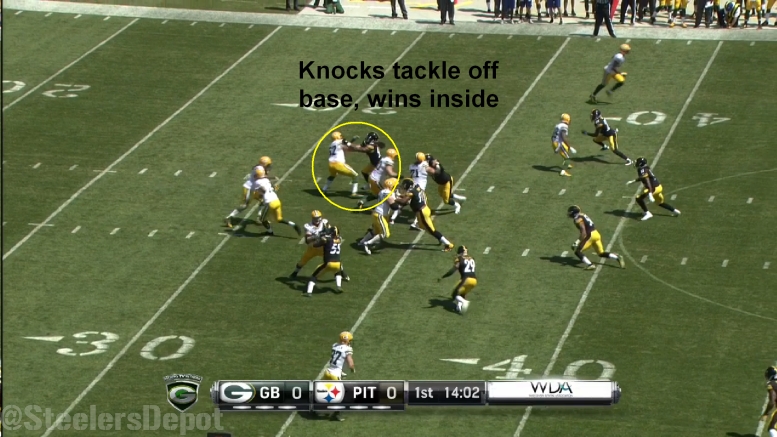 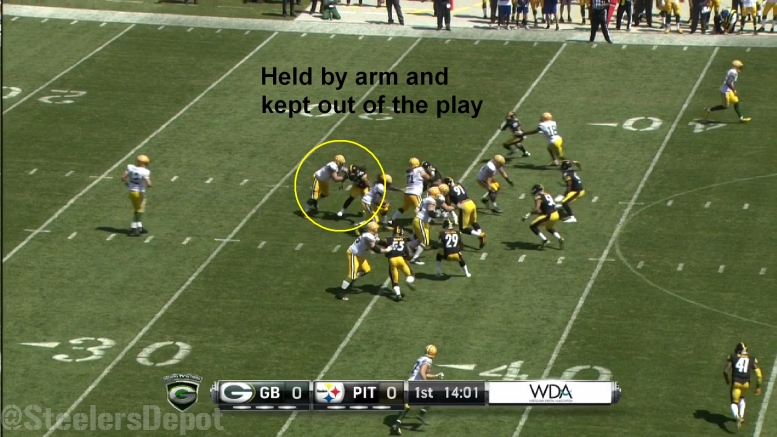 Two plays later, the Steelers—playing the entire opening drive out of the nickel, against 20 base personnel—aligned Jones between the two ends, off the line, with the other edge rusher also on the line. He rushed through the play side A gap and was able to get an arm on the running back to trip him up as he advanced through the hole, although you would like to see a more complete play here.

With the Packers going back to the run yet again two plays later, running back James Starks took an outside zone carry up the offensive right side, with Jones the back side of the play. But he stayed in the play, leveraging to stay inside of Barclay and working down the line, ultimately flowing to and joining the gang tackle initiated by Stephon Tuitt.

Jones showed similar persistence flowing to the ball and making contact in support on the first play of the second half on a one-yard gain to begin what would prove to be a three-and-out for the Scott Tolzien-led Packers.

It was Jones himself who saw to it that Green Bay would quickly exit the field, as he notched his first sack of the preseason two plays later on third and two. On second down, the edge rusher set up an inside move by taking a wide loop to the outside.

On third down, Jones aligned himself at a wide angle stutter stepping outside before landing a solid punch to Barclay’s frame, sending him off balance and providing an easy lane into the backfield.

From there, Jones immediately raised his hand to interrupt Tolzien’s rhythm, going the ground to wrap up his legs as he attempted to spin away from the linebacker. In all, it was a solid, if unspectacular preseason showing for one of the most scrutinized players on the team.