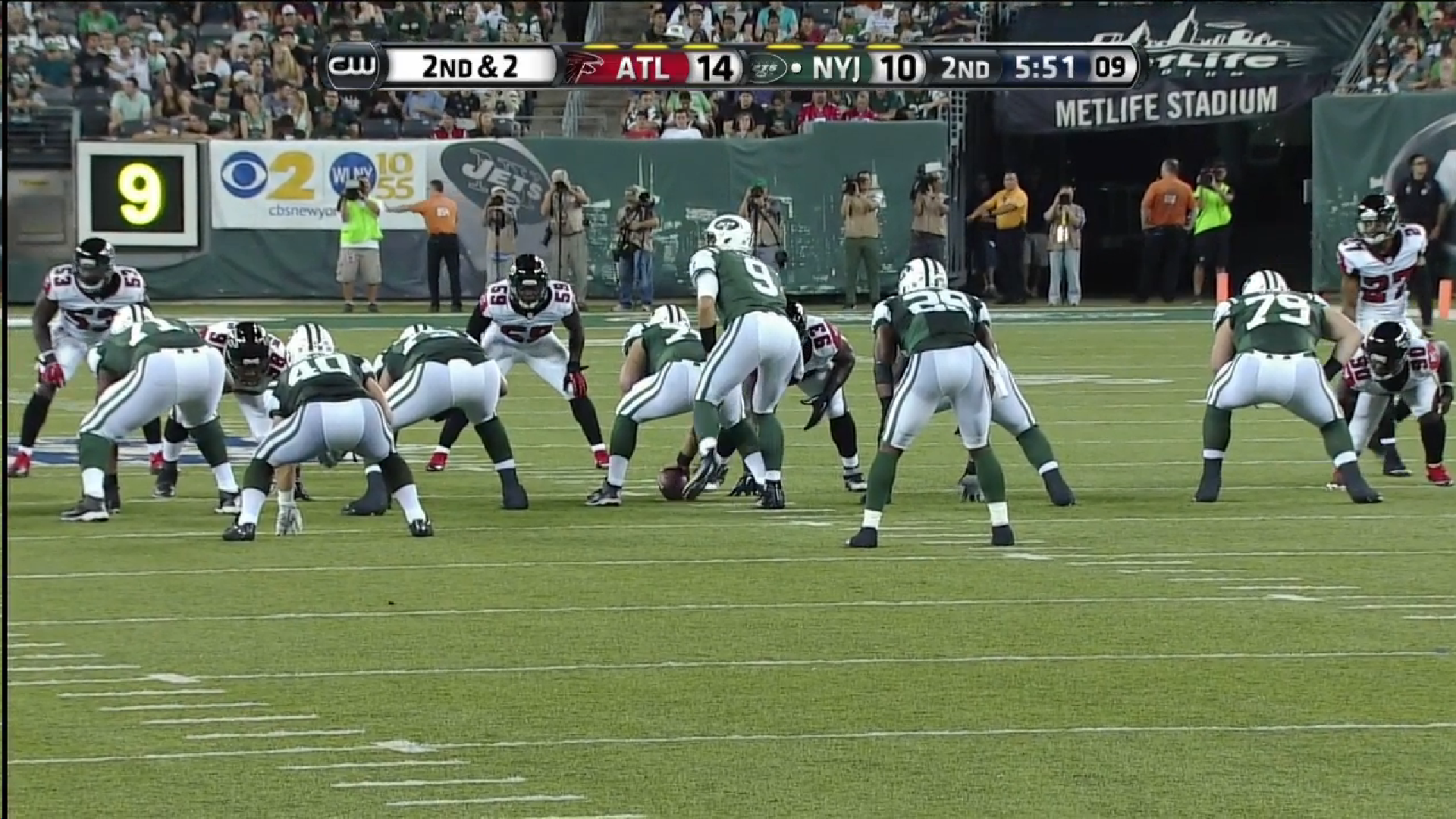 The Pittsburgh Steelers used a fifth-round draft pick to select lineman Wesley Johnson in the 2014 NFL Draft. Though he worked exclusively at center during the preseason that year, he played all five position along the offensive line during college, a versatile trait that attracted him to the team.

It also attracted the New York Jets, however, and when the Steelers waived Johnson after five weeks to make a roster move due to injury, the Jets jumped in with a waiver claim, and Johnson finished the year in New York.

The Steelers did not intend to get rid of him. He was on the 53-man roster as the ninth lineman because they did not want to subject him to waivers, but it became necessary later on in the year. With the Steelers’ own injuries along the line, however, they may well try to bring him back if he doesn’t make the cut with the Jets.

Although he is listed as the third-team center on the Jets’ depth chart, he has been playing as the second center in the game behind Nick Mangold. Against the Atlanta Falcons in the team’s last preseason game, he played about half of the second quarter through the third quarter, and, in my estimation, he played well.

Not that it was obvious on his first snap in the game. In fact, he quickly fell off his block and was on the ground in a hurry on a three-yard run up the middle. It may have been his worst play of the entire game, to be fair.

His work in pass protection was admittedly a bit more favorable than his run blocking. He provided sound blocking for a shot into the end zone for Bryce Petty at quarterback late in the first half. Facing a four-man rush, Johnson immediately turned to the left defensive tackle as the two interior linemen ran a stunt. The center was able to sit down and stabilize after an initial rush, standing up the rusher to provide a clean pocket.

The former Steelers was actually particularly effective out in space. As the Jets drove into scoring range at the end of that same drive, Johnson was able to cut off the linebacker to allow the running back to slip through on a screen pass. He did not get a full shot on him, but Johnson threw a better screen block later in the game.

That came on the Jets’ first offensive play of the second half, as he was able to get out to the perimeter of the play after throwing a chip block, reaching the defensive end in order to nudge him out of the lane.

That drive ended in a three-and-out, but the Jets got into the end zone on their second drive of the half, with Petty throwing the 13-yard touchdown pass. It was on this occasion that Johnson’s pass protection slipped. Facing a four-man rush, the line allowed the right defensive end to slip inside through the A gap and put pressure on the quarterback as he threw.

That was a play more on the line as a whole in its execution, however, rather than simply all on Johnson. His pass protection overall was solid, as it was in the last preseason. It would be fair to say that he looks better than any of the Steelers’ reserve interior offensive linemen.

Whether or not he becomes available remains a question. Second-year former fourth-round lineman Dakota Dozier is listed as the second-team center, but Johnson played before him, with Dozier coming in at right guard later in the game.

Neither player ever played a snap on offense for the Jets last season, however, and the Jets already have Brian Winters and Ben Ijalana as perhaps their top interior depth players. While Ijalana will be suspended for the first game of the season, the Jets also have versatile linemen who can play several positions also, such as James Brewer, who has starting experience. Brewer was scratched from the last game with a back issue.