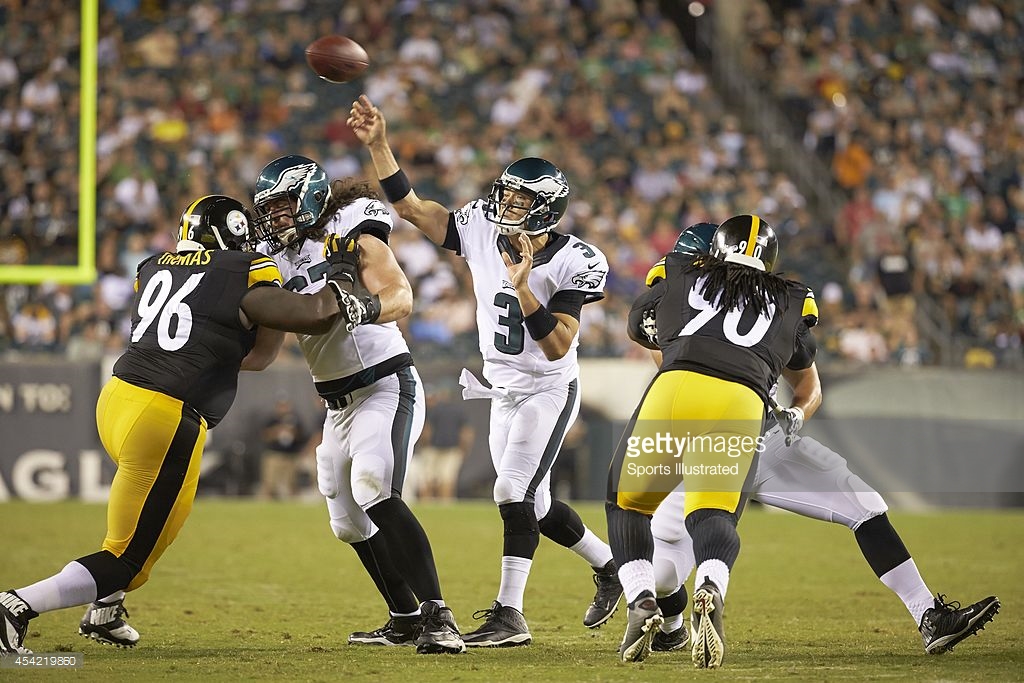 While veteran defensive lineman Cam Thomas has displayed notable improvement as he heads into his second season with the Pittsburgh Steelers, it doesn’t seem clear to me that it can be traced back to any one specific alteration.

One factor that has certainly come into play is the fact that the defense under new defensive coordinator Keith Butler has implemented a one-gapping approach to the Steelers’ 3-4 defensive front, when previously the defensive line had been almost exclusively using two-gapping techniques.

Thomas was signed in the 2014 offseason after spending the first  four years of career in San  Diego, also a 3-4 defense, but one that ran a one-gap approach that was more familiar and comfortable for him.

Thomas has not used the change in scheme last season as an excuse for his performance, however, as he told Ray Fittipaldo of the Pittsburgh Post-Gazette yesterday. “It really doesn’t matter, one-gap or two-gap, you still have to play a gap”, he said. “I know I have to be versatile”.

Like pretty much everybody else, Thomas expressed disappointment in his first season in the black and gold, saying, “I don’t like that it took me a year to get it, but I get it now”, following an acknowledgement that he feels more comfortable in the system this summer.

Perhaps another factor in his improved performance this summer could be attributed to the fact that he has been playing nearly exclusively at the nose tackle position, which is where he appears to be better suited.

Last season, coming in, he was asked to start at defensive end, which is a role that he struggled with. The Steelers used a heavy rotation along the defensive line to limit some of his snaps. When rookie Stephon Tuitt took over the starting job, however, he played nearly the whole game.

Of course, working this offseason with veteran defensive mind Ted Cottrell has also factored into his improved performance, with perhaps the showpiece feature of his improvement being his ability to get off the ball at the snap in a manner that is actually impressive for a man his size.

I broke down his very surprising performance during the Hall of Fame game, in which he looked to be one of the best players on the field, though I also cautioned that it was a level of play that was not sustainable.

To that point, he certainly didn’t have the same impact on the second preseason game, although he did play well overall. While he was boxed out and pushed off the line of scrimmage by a double team on a goal line play, that was the only noteworthy demerit in his 30-some odd snaps on the field.

What I would like to see in the last three preseason games is how Thomas looks working as a defensive end, and now that Daniel McCullers has recovered from his hamstring injury, and Clifton Geathers is no longer available to run as a second-team defensive end, perhaps that will be precisely the plan.