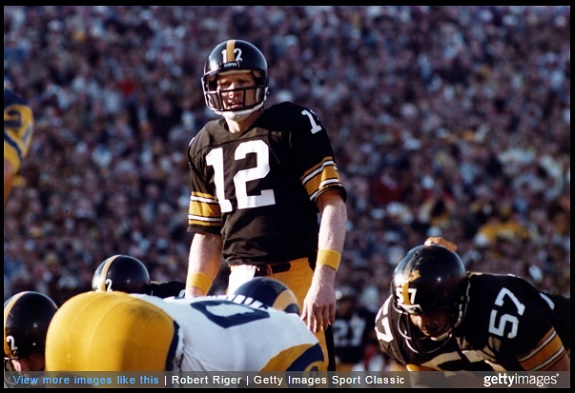 Jim Reineking of NFL.com recently attempted to rank the 20 quarterbacks who have been drafted No. 1 overall in modern era and he has Pittsburgh Steelers Hall of Famer Terry Bradshaw listed third overall.

Bradshaw was provided a great luxury that quarterbacks in today’s game don’t experience. It took Bradshaw several seasons to grasp the NFL game. The statistics from his first five seasons are brutal — 48 touchdowns to 81 interceptions; only once with a completion percentage over 50 percent. However, Steelers coach Chuck Noll showed patience, and that patience paid off handsomely in the long run. Bradshaw and the Steelers experienced unprecedented success, winning four Super Bowls in a six-year span; Bradshaw was named MVP in two of those Super Bowl wins.

Ahead of Bradshaw are John Elway and Peyton Manning, respectively. A bit surprising, however, at least in my opinion, is the fact that Bradshaw is ranked one spot ahead of Troy Aikman.

Bradshaw was drafted by the Steelers with the first overall selection of the 1970 NFL Draft out of Louisiana Tech. He helped lead the Steelers to four Super Bowl championships during his 14 seasons in the league and ended his career with 27,989 regular-season passing yards and 212 touchdowns versus 210 interceptions.

Do you see Bradshaw’s ranking as being fair? Should he be ranked ahead of Aikman? Does Elway deserve to be ranked No. 1 overall?